Legislators question the cost, format of returning to primary

ST. PAUL  — Minnesota politicians of all stripes agree on moving away from presidential caucuses. Now, lawmakers have to work out how to switch to a primary.

A Minnesota House committee started wading through the issues that may come with a swap Wednesday, ranging from how much it’ll cost local governments to run polling places to the critical question of whether only party-registered voters would be able to participate. 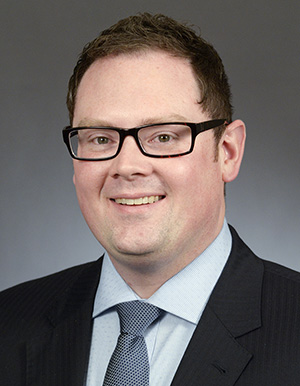 The issue came to light after the March 1 presidential caucus, which saw massive turnout, especially among Republican voters. That swamped sites across the state, leading to widespread issues and some voters getting turned away before casting a ballot.

“It’s not sustainable.” said Rep. Tim Sanders, a Blaine Republican who introduced the bill to change to a primary. “We want to make sure our voters’ voices are heard.”

Caucuses are run by the political parties, combining preference polling for the presidential nominations with inter-party business like picking delegates for conventions. Gov. Mark Dayton and legislative leaders have backed a switch to a state-hosted primary and even ardent caucus-supporter and DFL Party chairman Ken Martin is in favor.

Martin is pushing to preserve some form of a caucus, either before or after a primary. Sanders and other lawmakers said that’s critical.

One of the biggest issues is whether the primary should be open, allowing residents to vote regardless of party affiliation, or closed, where voters must be registered with a party in order to cast a ballot. That decision, and an initial vote on the bill, won’t come until at least next week.

Financial concerns were part of the reason that Minnesota quickly backed away from its last presidential primary in 1992, said Minnesota Secretary of State Steve Simon, who supports returning to the system. He guessed that the cost of switching for counties, cities and townships could be between $4 million to $6 million, with a small price tag for his own office.

“Obviously we know what the problems are with the caucus system. But we tried the primary system and that wasn’t so great, either,” said Rep. Yvonne Selcer, DFL-Minnetonka. “I think we have to look seriously at this but I think we have to consider the ramifications.”

With the next presidential nomination voting event almost four years away, several lawmakers on the House Government Operations and Elections Policy Committee wonder whether the current urgency was unwarranted and worry the voters themselves might not get a say in the final decision.

Sanders said he wants more public input but stressed the Legislature should move ahead while the memories of Super Tuesday are fresh.

“You gotta strike when the iron is hot,” he said.