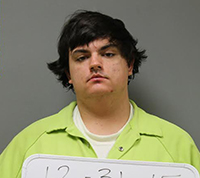 Sentencing is scheduled for June 16.

Williamson was charged after authorities received a report of a sexual assault on Sept.17. According to court documents, the mother of the victim reported that the victim had been sexually assaulted earlier in the day by Williamson.