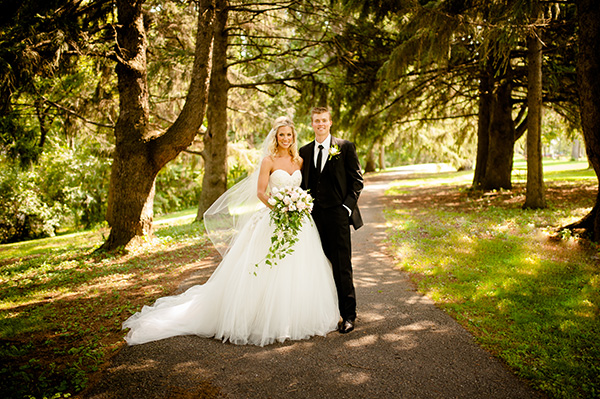 The bride is the daughter of Karen McGill of Albert Lea.

Reader was Rae Cech, aunt and godmother of the bride.

Gift attendants were Allison Sundal and Grace Steinke, cousins of the bride.

Flower attendant was Janice Anderson, aunt of the bride.

The bride is a 2006 graduate of Albert Lea High School and a 2010 graduate of Gustavus Adolphus College, where she majored in nursing. She is employed as a registered nurse in the cardiovascular intensive care unit at Mayo Clinic in Rochester. She is attending Mayo Clinic School of Nurse Anesthesia.

Benjamin is a 2006 graduate of Albert Lea High School and a 2010 graduate of Minnesota State University Mankato, where he majored in political science. He is employed as a financial representative at Mayo Clinic in Rochester.

The couple honeymooned in Maui, Hawaii, and reside in Rochester.