Middle school students will bring a classic to life on stage 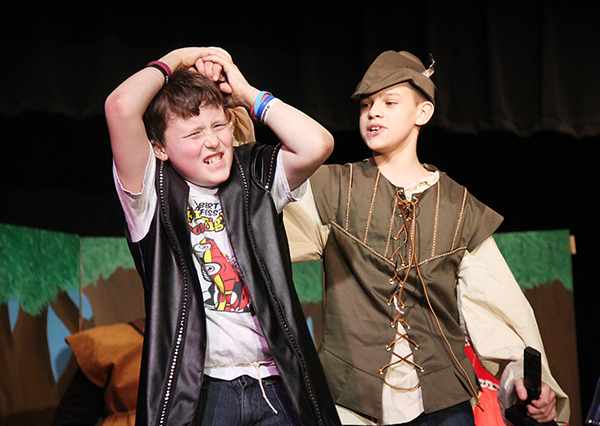 Sixth- and seventh-graders at Southwest Middle School will bring a classic to life tonight with the production of “Robin Hood” in the school’s Little Theatre.

Director Laura Kuisle, a seventh-grade math teacher at the school, said the play will be a culmination of almost two months of work. Auditions were Jan. 11, and students started the week after learning lines and practicing parts.

“It’s going to be a great time,” Kuisle said.

The play runs a little more than an hour with an intermission and features Cole Janssen as Robin Hood, Adam Semple as Sheriff and Jaiden Venem as Lady Merle, among others.

Kuisle said she thinks a highlight of the play will be a scene with an archery contest. 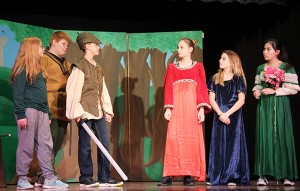 “I think they’ll be surprised we are actually shooting real arrows with a safety at the end,” she said.

There are four or five scenes with sword fights, which she said are also entertaining.

“I think they will be engaged the whole time,” she said.

Kuisle worked closely with her parents, Dale and Karen Kuisle, who live near Rochester, to make the backdrops and costumes.

Some of the costumes for the female parts also came from Albert Lea Community Theatre.

Kuisle said this is her second time as the middle school play director. She has been involved with other plays in the past.