Norma Alice Jones, 93, of Freeborn died Sunday, Feb. 28, 2016, at Mayo Clinic Health System in Mankato. Funeral services will be at 11 a.m. Saturday at the former Freeborn Congregational United Church of Christ in Freeborn. The Rev. Cherie Daniel will officiate. Visitation will be from 4 to 7 p.m. Friday at Bruss-Heitner Funeral Home in Wells, and one hour prior to services at the church. Burial will be in Freeborn Cemetery. Visit www.brussheitner.com to leave online condolences. 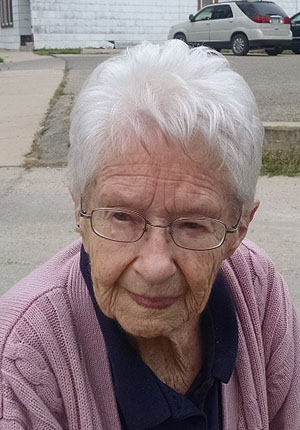 Norma Jones was born Nov. 25, 1922, to Albert and Tilda (Larson) Opdahl. She grew up on the family farm outside of Conger. Norma attended country school in District No. 74 and graduated from Alden High School. In 1945 Norma graduated from Luther College, where she participated in the choir and marching band. She then taught in Zumbrota and Spring Valley. After her marriage to Paul Jones in 1948 they lived in several different locations, eventually settling in Freeborn to raise a family of six children. Through the years Norma also subbed at the railroad depot, took trouble calls for the telephone company, did bookkeeping for Hinkley garage and was a clerk at the grocery store. After her children were grown, Norma began working as the church custodian to stay young, and retired from that when she was 80.

Norma enjoyed family, golfing, gardening, knitting, reading, the Minnesota Twins and her cat. She had a great interest in ancient history and archaeology. She was a faithful member of Freeborn Congregational United Church of Christ, the Wells Veterans of Foreign Wars and the American Legion Auxiliary. As a member of the Naeve Hospital Auxiliary, Norma contributed by knitting hundreds of baby caps for newborns.

Norma was preceded in death by her husband; her parents; and her brothers and their wives Donald (Harriet) Opdahl and Truman (Berna Nelson) Opdahl.