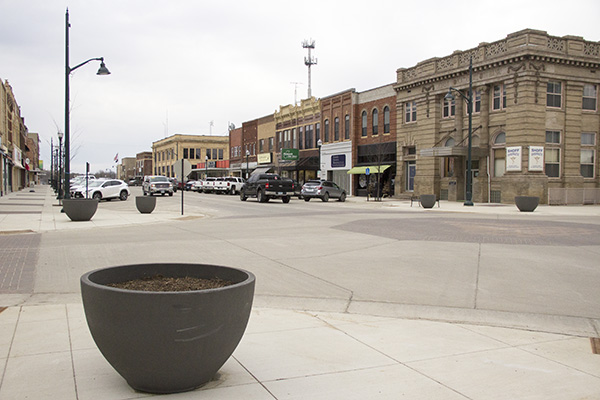 DFL legislators in the Minnesota House and Senate unveiled a set of proposals on Tuesday designed to support small businesses across the state.

The legislators reportedly worked with small business owners to bring forward initiatives — called the Next Generation Main Street Act — aimed to reduce costly audits, simplify tax filing for businesses and make it easier for owners to transfer their business to a next-generation owner, according to a press release. 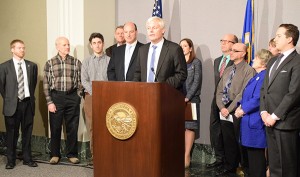 “Running a small business is a lot of work and business owners would rather focus their energy on building and growing their business than getting mired in an expensive audit,” said District 49B Rep. Paul Rosenthal, DFL-Edina. “These are common-sense proposals designed to reduce red tape and hopefully will allow small business owners to focus on the priorities that will help them prosper.”

As a small business owner herself, state Sen. Melisa Franzen, DFL-Edina, said she knows how difficult it can be to get a business off the ground.

“This bill gives small business owners the tools to focus on growing their business rather than getting tangled in government bureaucracy,” Franzen said. “This bill streamlines audits and engages emerging businesses so that Minnesota’s entrepreneurs can see even more success.

District 27 Sen. Dan Sparks said though he was not familiar with the proposal, he supports the need to help small businesses throughout the state.

“It’s very important to help our small businesses,” he said.

Sparks has initiated a bill of his own that would call for $5 million statewide to help women and minorities start businesses. It takes a program used in the metro area and expands it to the rest of the state.

He said the bill was formed after talking with Abby Murray and Mariah Lynne of The Marketing Plant in Albert Lea, along with a few other business owners.

Gov. Mark Dayton has a similar program he has requested that would put in $6 million in funding statewide.

The Next Generation Main Street Act has the following proposals:

The act would make sure every person who starts a small business in Minnesota is contacted and given information about resources available to them. Legislators are also working to assist start-up businesses with gap financing through the Minnesota Initiative Foundation.

The act would provide grants to small business development centers for providing transaction services to business owners and next generation, non-family proprietors to help them take over a business.

The act would streamline and simplify the audit process to reduce the amount of time and money small business owners spend on audits.

The proposal would enact federal tax conformity so that Minnesota businesses can file taxes without delay and uncertainty.

“When our small businesses thrive so do our local economies,” said House Minority Leader Paul Thissen in the release. “The success of small business owners is a key to ensuring that our economy works for everyone and not just the well-connected few. We listened to small businesses over the past year and have put together a package of bills that respond to some of the practical challenges they face in managing and expanding their businesses.”