Funeral services for Robert L. Johnson, 76, of Owatonna will be at 11 a.m. Monday at Hartland Evangelical Lutheran Church. The Rev. Shawn Stafford will officiate. Burial will be at Hartland Cemetery. Visitation will be from 3 to 5 p.m. today at Bayview/Freeborn Funeral Home and one hour prior to the services at the church. Online condolences are welcome at www.bayviewfuneral.com. 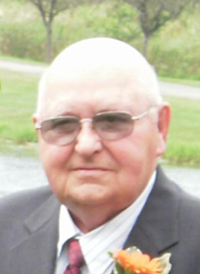 Robert Lee Johnson was born Sept. 26, 1939, in Albert Lea, the son of Woodrow and Veola (Jensen) Johnson. He was baptized at Geneva Lutheran Church and confirmed at North Freeborn Lutheran Church. Robert attended country school and Albert Lea High School. On Nov. 16, 1958, Robert was united in marriage to Carelyn Bartness at Hartland Evangelical Lutheran Church. The couple resided in Minnesota for 34 years and then moved to Wisconsin for nine years, before moving back to Minnesota. Robert was a farmer and truck driver for many years. He was a board member and elder at Zion Lutheran Church in Wisconsin, where he also served on the cemetery board.

Robert was preceded in death by his parents; brother, Lowell Johnson; nephews Lowell Jr. and Donnie Jr.; and one great-nephew.