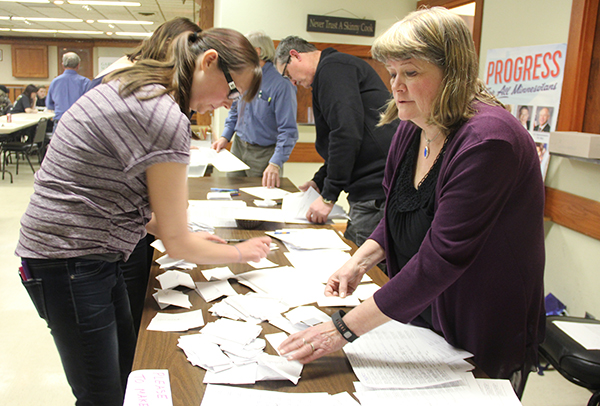 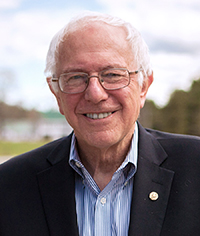 Freeborn County DFLers selected Vermont Sen. Bernie Sanders as their winning candidate Tuesday in precinct caucuses — a choice that proved to be in line with the rest of the party across the state.

Sanders received almost 59 percent of the vote, or 259 votes, above front-runner Hillary Clinton, who received about 41 percent, or 182 votes. Three people were uncommitted to a candidate.

Party officials said they were pleased with the turnout of 444 voters at the Albert Lea Eagles Club, which rivaled with some of the party’s highest caucus turnouts. They said the last time they had seen a caucus as well-attended was in the 2008 election between Barack Obama and Clinton. At that time, there were 619 people who voted — a record for the party, according to Tribune archives.

People were lined up throughout the Eagles Club as they waited to register and vote, and at one point the line extended outdoors. Some participants waited as long as an hour in line to cast their ballots, many caucusing for the first time.

Of the first-time caucus-goers was 20-year-old Tim Furland of Albert Lea.

Furland said the upcoming November election will be his first time voting. He said he has been following the presidential race since it started, and he supports Sanders. He likes seeing all of the people who also support him and the fact that the candidate wants to help college students like himself find jobs and get out of debt.

Furland attended University of Wisconsin-Superior for two years and is now attending Riverland Community College to finish his associate degree. He plans to pursue a physical therapy degree.

Another first-time caucus-goer was Sue Kaasa of Albert Lea, who attended the caucuses with her husband, Brian.

She said she was impressed with the turnout and hopes Clinton will receive the nomination. The time Clinton spent in the White House when her husband, Bill, was president, plus her time as Secretary of State, make her more experienced, Kaasa said.

“As a world leader, I think she’ll be best,” she said.

He said he decided to caucus because he wants to help the younger generation see that there is much more that the United States can do and he hopes they learn from the country’s mistakes as they move ahead into the future.

Though he describes himself as an Independent, Hoium said he supports Clinton and said he thinks she understands politics and again referenced Bill Clinton’s time in office.

Freeborn County DFL Party Chairwoman Julie Ackland said she was pleased with the turnout and was grateful the volunteers were able to get everyone through. She apologized if anyone was not able to vote.

Because of the long lines, registration continued well past 8 p.m.; as long as people were in line by 8 p.m. they got to cast their ballots. 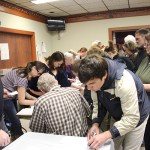 Many participants in the Freeborn County DFL Party waited more than an hour in line to register and vote for their preference for president. Voters were both young and old alike. — Sarah Stultz/Albert Lea Tribune 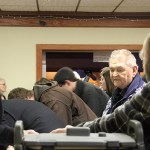 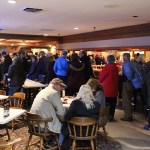 Freeborn County DFL caucus-goers line up around the Eagles Club to vote for their presidential candidate. For part of the evening, the line event went outside the building. — Sarah Stultz/Albert Lea Tribune 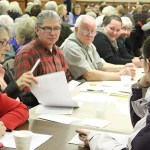 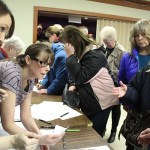 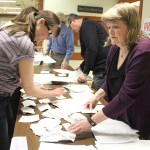