Some Somali youth in Minn. voice their skepticism about federal anti-terror program 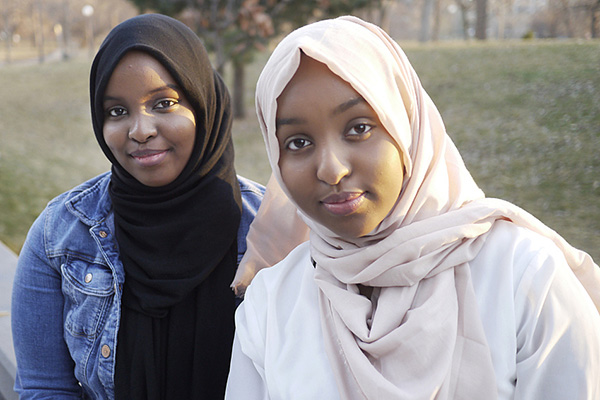 Minnesota’s Somali community is divided over a federal pilot program that aims to address the root causes of radicalization. The plan focuses on job training, academic tutoring and mentoring for Somali young people.

Nationally, this program is called CVE, or Countering Violent Extremism. Minnesota’s initiative is called Building Community Resilience. It’s funded by the Department of Justice and private donors. And it’s coordinated by U.S. Attorney Andy Luger, with support from Somali elders, parents and imams.

But some of the young people the initiative intends to serve remain wary.

Mohamud Mohamed, 19, is a student at Augsburg College. The program was designed for people like him. But when he first heard about it, he questioned how it was created.

The Somali American Task Force has been working directly with the U.S. attorney to build the program.

“My No. 1 goal is, is this going to benefit the young people that we want to serve?” asked Hodan Hassan, chair of the Minneapolis group. “The youth is our future. And our future is in trouble. We want to make sure that they have a chance to make a positive decision and become a productive member of society.”

She said the task force engaged young people from the start and counts a female student among its members. That young woman, and several other Somali youth who support the program, asked not to be identified publicly.

Hassan disputed criticism from some quarters that this program could be used to spy on her community.

“Does the Somali community all agree with this program?” she asked. “No, different people have different ideas. I’m not involved in intelligence gathering; I’m not a big fan of government being involved in everything. What I really want, and the only reason why I’m sitting at that table, is what is good for my community and how can I help?”

But Mohamud Mohamed, the Augsburg student, isn’t so sure youth programs will address why a small number of his peers have become radicalized. He said he personally knows the local men who have been charged with trying to join the Islamic State group. They felt disenfranchised by their own Somali community, he said.

And Mohamed doesn’t want this program making him feel the same way.

“I’m viewed as other. I’m being marginalized,” he said. “I’m being pushed into the margin, as inherently violent, inherently extreme, someone that needs to be saved from their own devices. And that’s deeply troubling. And I can’t ever sign onto that.”

Frustrated about the program, he went on social media and tweeted #CMeNotCVE.

“It’s a little play on words,” he explained. “See me, as in come see me when you want to talk about these things, not CVE, not ‘Countering Violent Extremism.’ Since the greater community doesn’t want to engage with me on this, I have this platform myself, and I’m going to put my voice out there.”

In the Cedar-Riverside neighborhood, home to the oldest mosque in the Twin Cities, many young people claim not to have heard of the program.

Khadra Fiqi, a young woman who works daily with youth at the Brian Coyle Community Center, is one of the few who do know about it, and she disapproves because it’s partially funded by the Department of Justice.

Fiqi said she doesn’t feel comfortable talking about it with her friends. It seems that talking about terrorism is taboo, even when it’s about combating terrorism. “One reason why, honestly, many people in our community don’t talk about this program, is the fear they have of being linked with terrorism,” she said.

Another problem, according to Burhan Mohamed, a graduate student in psychology at St. Mary’s University in Winona, is that most youth have no idea the program even exists.

“Nobody’s being included in these conversations that are important, the youth, the college students, the middle-schoolers, even,” he said. “When you have the federal government, and especially an attorney who has no experience in social service, who presents this program … you’re looking at us as a social experiment.”

That’s not the idea, said Mohamud Noor. His group, the Confederation of Somali Community in Minnesota, has been awarded $100,000 from the program.

“We applied for a specific purpose, and that purpose is to help young people find employment,” he said. “It is to help the community find better opportunities. I’m confident that the people who are going to be seeking help will get the help that they are seeking.”

Saciido Shaie thinks so, too. Her group, the Minneapolis-based Ummah Project, will get $30,000 to train young Somalis as restorative justice facilitators or mediators who can problem-solve in the community.

“None of that has to do with intelligence gathering, FBI, Homeland Security, zero,” she said. “Ummah Project and our groups are ready to do what’s right for the youth, and that’s to create leadership programs, after-school programs, and empower them. That is our job.”

At an Ummah event in Minneapolis, two sisters from Mankato said they welcome federal and private funding for Somali youth so long as it’s not about intelligence-gathering.

“Being in the Somali community, I don’t see a lot of support from the community towards youth like me,” said Khulud Hassan, 17. “That’s why a lot of our Somali youth are lost, and this makes it so easy for ISIS to recruit, when they see vulnerable young Somalis.”

Born in Saudi Arabia and later raised in Syria, the sisters have lived in Minnesota for five years. Zeinab Hassan, 15, said it’s not easy to unite the Somali community.

Next month, partners of this federal program will start matches through Big Brothers Big Sisters of the Twin Cities. A one-stop job-training site for Somali youth is in the works.

“We don’t need a program that says, ‘You’re radical, and we’re going to de-radicalize you,’” he said. “We’re not radicals. That’s what we’re trying to get across.”

Supporters of the program said they hope those who are opposed to it will change their minds once they see the benefits to Somali youth.