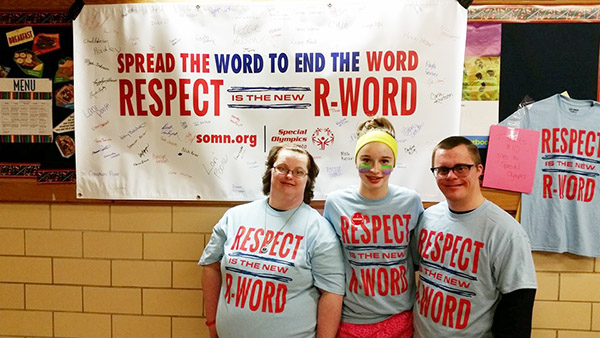 Kennedy Severtson, Kellen Kaasa and Donna Davis sponsored the Respect Is The New R-Word campaign at the Glenville-Emmons School. People signed the banner to pledge to stop using the R-Word. The campaign asked people to stop using the word retarded to create more accepting attitudes and communities for all people. Language affects attitudes and attitudes affect actions. They also sold T-shirts to raise money for the Special Olympics games in which Davis and Kaasa will participate in this summer. – Provided