Todd was born Sept. 30, 1964, to Virgil and Kathryn (Mentel) Grosland. He attended schools in Northwood-Kensett, Austin, and Freemont, and graduated from Freemont High School in 1983. 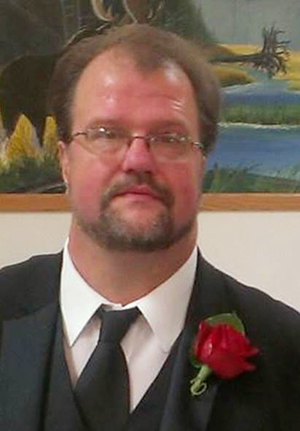 Todd worked at National Computer Systems, Owatonna School District and Mustang in Owatonna. He went back to school to earn his licensed practical nurse degree. After obtaining his degree, he worked for Traditions, Homestead Hospice House in Owatonna, and later worked at a home health care agency in Freemont.

He is survived by his sisters Mary Grosland of Owatonna, Teresa (Daryl) Frost of Delano and Valerie Madsen of Freemont; along with many aunts, uncles, nieces and nephews.

Todd was preceded in death by his parents Virgil and Kathryn Grosland, and his brother, Mark Grosland.

A celebration of Todd’s life will be at 1:30 p.m. Saturday at Christian Family Church, 2300 Heritage Place NW in Owatonna, located right next to Cabela’s. Coffee, cakes and bars will be served after the service.

Todd was cremated and internment will be at St. Theodore’s Cemetery in Albert Lea.