Funeral services for Verlyn Thofson, 81, of Hartland will be at 1 p.m. Sunday at Cross of Glory Lutheran Church in Hartland. The Rev. Mark Hillmer will officiate. Interment will be in Hartland Cemetery with military honors accorded by the Veterans of Foreign Wars and American Legion honor guard. Visitation will be from 4 to 6 p.m. Saturday at Bayview/Freeborn Funeral Home and one hour prior to the service at the church on Sunday. Online condolences are welcome at www.bayviewfuneral.com. 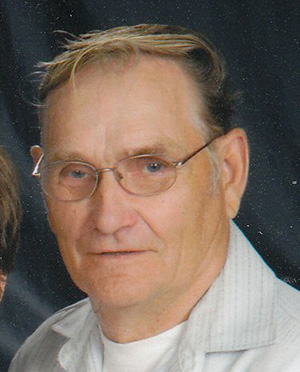 Verlyn Howard Thofson was born on July 17, 1934, in Hartland, the son of Hamilton and Esther (Tukua) Thofson. He graduated from high school in New Richland. In 1952 Verlyn enlisted in the United States Army. Following his discharge, he came back to Freeborn County and farmed. Verlyn was both a farmer and a maintenance man, having worked for Miami Margarine, which became Land O’ Lakes, and later Ventura Foods. He retired in 2011. On June 18, 1988 Verlyn was united in marriage to Kristi Kleinschmidt at Cross of Glory Lutheran Church. He was a member of Cross of Glory. Verlyn enjoyed attending Farm Fest and Farm America, spending time at Menard’s and collecting farm toys.

Verlyn was preceded in death by his parents and his brothers Donald and Earl.