ST. PAUL (AP) — The Minnesota Wild have turned yet another season around, just in time.

This year, John Torchetti’s takeover of the team was the stimulus. Perhaps the journeyman coach will be rewarded with an eventual removal of the interim tag.

“That confidence, it’s a big word with players,” said Torchetti, who is 15-6-1 in 22 games, steering the once-sinking Wild back on track for the Stanley Cup playoffs. “It’s my job, when I took over, to gain the players’ confidence that I trust them in all situations. I think once players trust, not just their coach but their teammates, they’re able to play the game faster.” 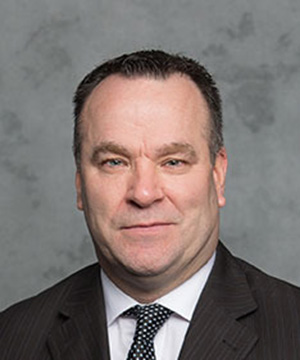 With a 4-1 victory on Tuesday over nemesis Chicago, the Wild stretched their season-long winning streak to six games. With five games left, they are five points ahead of Colorado for the second wild card in the Western Conference.

“I think it was just a stand by all of us in this locker room. Enough is enough,” defenseman Matt Dumba said. “We were sick of losing games to probably teams we shouldn’t and ended up beating the ones that were higher up in the standings that we knew we could.”

Torchetti was summoned Feb. 13 from the Wild’s AHL affiliate in Iowa when they fell to 1-11-2 in a fateful 14-game stretch that triggered the firing of Mike Yeo, the franchise’s third head coach in 15 seasons of existence.

This team rallied in each of the last three winters to make the playoffs, so falling below the cut shouldn’t have been a major problem. The 51-year-old Torchetti had done the interim thing before, with Florida in 2004 and Los Angeles in 2006 when changes on the bench put him in charge for the balance of those seasons.

After seven years as a player in the minor leagues, the Boston native has coached or managed with 15 different teams in six different leagues since 1994. He has accumulated all kinds of experience as a motivator, strategist and teacher through stints from San Antonio to Moscow with five NHL stops in between. Torchetti coached some of the Wild’s young players previously in the AHL, too.

Still, uncertainty swirled about the effect the switch would have on a team that reached each of the last two conference semifinals but was mired in a malaise of underperforming veterans and underdeveloped youngsters. Yeo’s message, whether his fault or not, seemed to be failing to register with some players.

Sometimes, though, a team just needs a jolt. Energy is supposed to come from Zach Parise. Leadership is on Mikko Koivu’s shoulders. Torchetti, though, knew he needed to get more out of the lower-line players and get the whole lineup back to its grind-it-out roots to make this turnaround work.

Torchetti hasn’t been afraid to be bold, making forwards Jason Zucker and Thomas Vanek healthy scratches for multiple games for a lack of defensive intensity. Enamored with the two-way effort of Erik Haula and Nino Niederreiter, Torchetti has watched that third-line pair flourish.

“Nothing’s changed from when he was down there to up here,” said forward Jordan Schroeder, who played for Torchetti in the AHL. “He stays true to himself. He’s honest with you.”

The Wild almost certainly will conduct a coaching search once their season is over, so there’s no guarantee this short-term success will give Torchetti the job going forward. Player endorsements have been easy to find.

“I think I would be surprised if anybody told you that they wouldn’t like to see him around,” goalie Devan Dubnyk said.

For now, they’re set to ride this reinvigoration right into the playoffs, as long as they keep playing like they did on Tuesday.

“You see guys like Zach blocking shots, Mikko just playing underneath sticks hard, Charlie’s bleeding, Dumba’s fighting, that’s what it’s all about,” Torchetti said, his New England accent as subtle as a slap shot to the foot. “That’s playoff hockey for me. That’s the fun part of watching.”