Funeral services for Willis R. Pfieffer, 74, of Hayward will be at 10:30 a.m. Saturday at Bayview/Freeborn Funeral Home. The Rev. Russell Scepaniak will officiate. Interment will be at Greenwood Cemetery. Visitation will be from 5 to 7 p.m. Friday at Bayview/Freeborn Funeral Home, and one hour prior to the service at the funeral home. Online condolences are welcome at www.bayviewfuneral.com.

Willis R. Pfieffer was born Jan. 30, 1942, in Blooming Prairie, the son of Willis and Mildred (Hunter) Pfieffer. He attended Westfield Township Country School in rural Blooming Prairie until his sixth-grade year. Moving to Claremont, he attended Claremont Public School, where he graduated in 1960. Willie was an all-around athlete playing football, basketball and baseball.  After high school, he attended Rochester Junior College, where he played basketball. On Aug. 31, 1963, Willie married Barbara Marie Kycek at St. Theodore Catholic Church in Albert Lea.  After farming for 30 years, he was a salesman at Hayward Implement as well as helping with seasonal farming for his good friend, Loren Lair, and was the Boys’ B-squad basketball coach at Glenville High School. 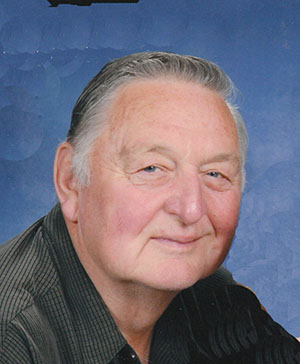 He was also a member of the Boosters Club of Hayward and previously served as the mayor of Hayward. He enjoyed fishing, hunting, owning his own antique store filled with treasures he would find at flea markets, dancing and playing cribbage and whist with his brothers, friends family and the neighborhood card club. Willie loved big hugs from his grandchildren and spending time with family and friends, especially on holidays.

The family extends many thanks to Mayo Clinic Health System and hospice.