Two Albert Lea men are facing charges after another man was allegedly struck in the face and then threatened with a rifle on Saturday morning.

Cody Shawn Rhyns, 45, and Donald Maurice McCormick, 20, each face one count of second-degree assault with a dangerous weapon and one count of illegally possessing a firearm. 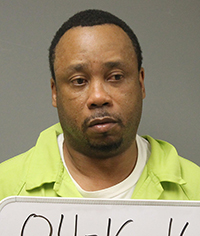 Both men are not eligible to possess a gun because they have been convicted of at least one felony crime of violence.

According to Freeborn County District records, the assault reportedly took place at an apartment on South Broadway after the victim reportedly went to Rhyns’ apartment to confront him about $200 that had been stolen.

The victim told police he reportedly yelled and knocked at Rhyns’ door for three hours trying to get his attention, and Rhyns eventually answered the door and allegedly struck him in the face with a stock of a rifle. When the door opened, another man, identified as McCormick, allegedly pointed a rifle at the victim.

The victim reportedly suffered an injury to his left eyebrow.

In an interview with police, Rhyns reportedly stated that McCormick was in the apartment and that he told McCormick not to answer the door.

McCormick reportedly stated he opened the door but denied picking up a gun. He admitted that he knew guns were in the house and that at one point Rhyns picked up a gun in the apartment.

Police found two rifles and two shotguns in a search of the apartment. 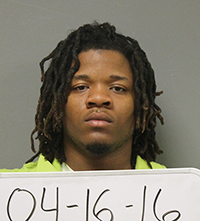 Rhyns and McCormick are next slated to appear in court on May 5.

Freeborn County District Court Judge Steven Schwab ordered bail be set for each of the men at $30,000.