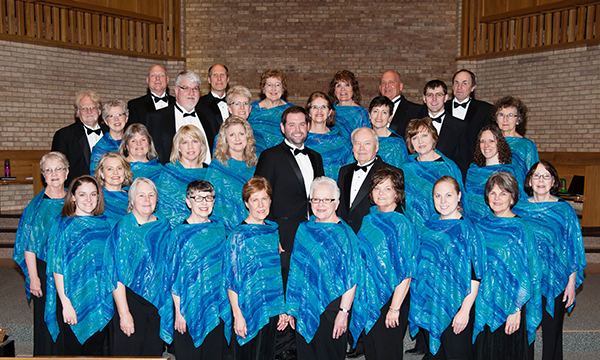 The Albert Lea Cantori will present its annual spring concert at 3 p.m. next Sunday at United Methodist Church in Albert Lea. – Provided

Toward the end of Schumann’s life, he became interested in the musical forms of the Catholic church, including the Mass. As with Mozart, he expressed his fears that it was his own Requiem he was writing. It was not published or performed until eight years after his death, and today is one of Schumann’s more neglected works, according to a press release.

Music by English composer John Stainer and American composer Leo Sowerby will be heard as well. Mark Dundas will solo in the Stainer work. Cantori also celebrates the 150th anniversary of the birth of Harry T. Burleigh, an African-American classical composer and singer who during the 1920s and 1930s promoted black spirituals through publications, lectures and musical arrangements. A freewill offering will be taken at the concert.

On, May 1 the Cantori will sing in a program along with organist Eileen Nelson Ness at St. Marys Chapel on the campus of St. Marys Hospital in Rochester. The concert begins at 3 p.m.

The present chapel was completed in 1933 and is visually and acoustically beautiful. This concert is free and is sponsored by the Mayo Clinic Dolores Jean Lavins Center for Humanities in Medicine with support from Gerald and Henrietta Rauenhorst and special thanks to the Sisters of St. Francis.

The Albert Lea Cantori is an auditioned choral singing ensemble from Albert Lea and the surrounding areas. Auditions will be set for the 2016-2017 season, please stop by the audition table at the concert for more information.

Cantori is under the direction of Eileen Nelson Ness. Accompanist for the choir is Gail Thurnau.