The Commission on Judicial Selection announced three finalists — including one from Albert Lea — it is recommending to Gov. Mark Dayton for consideration to fill a judge vacancy that will be chambered in Mower County.

The commission named Christa Daily, Erin Felten and Stephanie Haedt as the finalists. 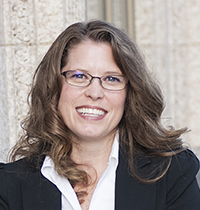 The Minnesota Supreme Court confirmed earlier this year that Ramsey County Referee JoAnne Yanish’s position will be converted to a new judgeship and moved to be chambered in Mower County, part of Minnesota’s Third Judicial District, after Yanish retired Monday.

• Erin Felten is a shareholder at Owatonna’s Patton, Hoversten & Berg, where she mainly handles civil matters including dissolution, adult and child protection, estate planning, and employment law. She was a finalist in 2014 for two justice openings in Mower County. She previously served as an associate at Olup and Associates and at Adams, Rizzi & Sween, P.A. Felten serves on the Applelane Child Care Center Board of Directors, is a member of the Steele County Children’s Justice Initiative, is a volunteer attorney with Southern Minnesota Regional Legal Services, and formerly served on the Austin Education Foundation Board of Directors.

• Stephanie Haedt is a shareholder at Peterson, Kolker, Haedt & Benda Ltd., where she has a general civil practice with an emphasis on employment, family and business matters. Previously, she was an associate at Cooper Law Firm Chartered. Haedt is co-chairwoman of the Worksite Wellness Committee of the Albert Lea-Freeborn County Chamber of Commerce and the Blue Zones Leadership Team. She is a volunteer attorney with Southern Minnesota Regional Legal Services and a former member and secretary of the Austin Human Rights Commission.

Since Mower County Judges Jeffrey Kritzer and Kevin Siefken took the bench in June 2014, the judge need hasn’t dropped below 2.7 for a quarter, and it’s often been as high as three judges.

Thompson attributed the need to things like a growing population, the local economy and high caseloads, while adding the Destination Medical Center will drive the need throughout the Third Judicial District.

The change will make for 24 judges and a family court referee in the district, and this will nearly meet the district’s judge need.

With the recent high caseload in Mower, other district judges have traveled to Mower County a few days each week. Once Mower County is up to three judges, Thompson expects Mower judges to occasionally help out in Olmsted County.

An announcement of Dayton’s appointment will be made following an interview process over the next few weeks.