Funeral services for Beverly J. Henry of Albert Lea will be at 10:30 a.m. Thursday at Trinity Lutheran Church in Albert Lea. The Rev. Kent Otterman will officiate. Interment will be in Hillcrest Cemetery. Visitation will be from 4 to 7 p.m. Wednesday at Bonnerup Funeral Service and one hour before the service at the church. 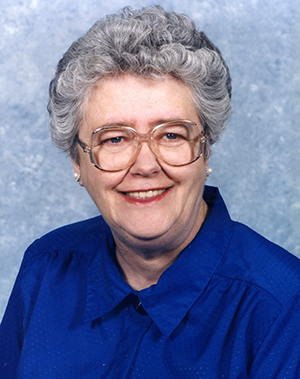 Beverly Jane was born on March 25, 1933, in Clarks Grove, the daughter of Kermit and Violet (Nelson) Jensen. Her early years were spent on the farm, where she helped her dad with farm chores.

The family moved to Euclid Avenue in Albert Lea. Beverly attended Albert Lea Schools and graduated from high school in 1951.

She married Robert Henry on Oct. 27, 1951, at Trinity Lutheran Church. While raising her five children, Mark, Marcia, Marlene, Mike and Mary, she worked at Northpark. She had also worked at Trades Publishing and Electric Motor  and Bearing Service before retiring.

Beverly was a lifetime member of Trinity Lutheran Church, where she was active in circle and the women of the church. She was also a member of the Danish Brotherhood.

She was preceded in death by her husband, Robert, in 1992; and her parents Kermit and Violet Jensen.

Beverly will be greatly missed by her family who she loved dearly.