Fourth District Commissioner Chris Shoff said Tuesday at the Freeborn County Board of Commissioners meeting that he has received three phone calls and one email from people voicing their concerns about Nugent’s Aug. 5 performance. 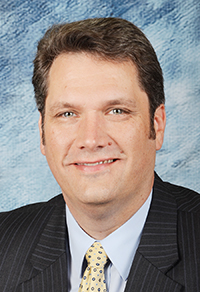 He said that though he is not familiar with much of Nugent’s music, he is aware of the controversy he has drawn from his stances on gun rights, politics and song lyrics.

Shoff said while he is pleased a rock performer will be at the fair, he wants security concerns to be addressed beforehand.

Nugent, 67, has drawn support and apprehension on the Tribune’s Facebook page. He is known for such hits as “Cat Scratch Fever, “Stranglehold” and “Free-for-All.”

Mike Woitas with the Freeborn County Fair Board said despite some people’s apprehension, there is no plan to drop Nugent from the fair, despite calls to void the contract.

He said voiding the contract the board signed would set a  precedence.

“That is not how we operate,” Woitas said.

He said he does not know what songs Nugent will play, or what he will say, noting the board has never censored acts before and does not plan to do so with Nugent.

“We’ve hired him to perform, to put on his rock show,” he said.

Regardless of Nugent’s political views, Woitas said he has entertained large audiences with his music for decades.

Woitas is expecting a record-breaking crowd. Close to 460 reserve and standing room seats had been sold as of Thursday afternoon.

Woitas said the board has met with Freeborn County Sheriff Kurt Freitag to prepare for the show.

Performing on Aug. 2 will be LOCASH, formerly known as the LoCash Cowboys, an up-and-coming country duo; performing on Aug. 4 will be American country music singer and songwriter Jerrod Niemann; and The Charlie Daniels Band will perform Aug. 6.

The fifth performer will be announced May 30 after performing May 29 at Tree Town Music Festival in Forest City.