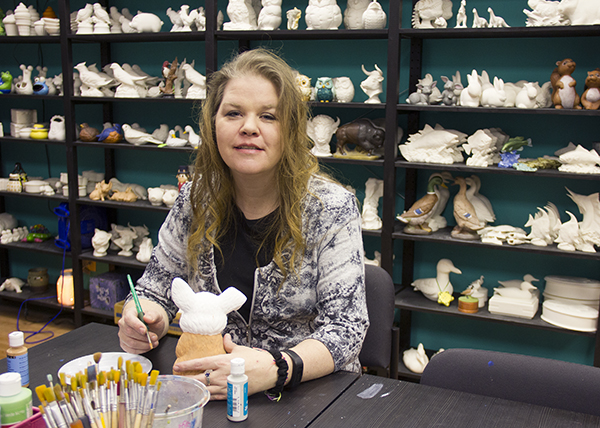 An Ellendale woman is taking her love of ceramics and sharing it with the community.

Renee Weston said she has been making ceramics for 23 years and opened Simply Charming Ceramics at the Skyline Plaza almost a year ago.

The business offers people the opportunity to paint and decorate pre-made ceramics, as well as paint canvases.

Weston, who grew up in the Twin Cities area, said she moved to Ellendale in 2010, after she came down to help her mother, who lives there.

Her mother opened Country Charm Ceramics in Ellendale in 2007 and at the suggestion of Albert Lea resident Laurie Neff, Weston decided to open her own store in Albert Lea last year.

When people come in, they can choose a piece to paint. She said a majority of the items in the shop sell for between $12 and $16. There is no sitting fee.

She has about 15,000 molds, and about 90 percent of the ceramics are made in Ellendale. There’s everything from animals, Disney figurines and tiger busts to dishes, vases and pots.

Weston said she offers make-and-take projects, which people can paint and take home the same day, as well as kiln-fired projects, which typically take less than a week for people to get back.

She has 87 solid colored glazes, along with 57 crystal glazes that, when fired in the kiln, have bursts of color.

Aside from many groups that come in to create together, she said she sees a lot of mothers who come with their children.

“I love watching people create,” Weston said. “Some of the groups come in and don’t think they’re going to have fun, but they come in and they blossom.”

Aside from ceramics, Weston said she enjoys painting on canvas, beading, creating with polymer clays and computer graphics. She used to be a sign designer.

“There’s so many rules in society, and art’s so nice because you don’t have to follow those rules,” she said.

Country Charm Ceramics in Ellendale is open only by appointment, while Simply Charming Ceramics is open from noon to 7 p.m. on Tuesdays, Thursdays and Fridays; from noon to 5 p.m. on Wednesdays; and from 11 a.m. to 4 p.m. on Saturdays. She said as long as people start their projects in the shop before closing time they can continue them as long as it takes to complete them.

Outside of the regular hours, she is open by appointment.

In addition to making ceramics, Simply Charming Ceramics also offers painting parties. People can create paintings step by step — without or without a pattern. These can be done as an individual or with a group.

“You don’t have to have any art ability to create a masterpiece,” she said.

Hours: Noon to 7 p.m. Tuesdays, Thursdays and Fridays; noon to 5 p.m. Wednesdays; 4 to 11 p.m. Saturdays; and by appointment 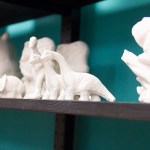 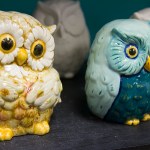 One of the most popular pieces at Simply Charming Ceramics to paint is an owl. – Sarah Stultz/Albert Lea Tribune 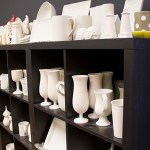 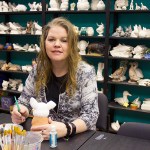