Funeral services for Elton D. Beighley will be at 2 p.m. Friday at First Lutheran Church in Glenville. The Rev. David Efflandt will officiate. Visitation will be from 4 to 7 p.m. Thursday at Bonnerup Funeral Service in Albert Lea, as well as one hour prior to the service at the church. Interment will take place at Greenwood Cemetery. 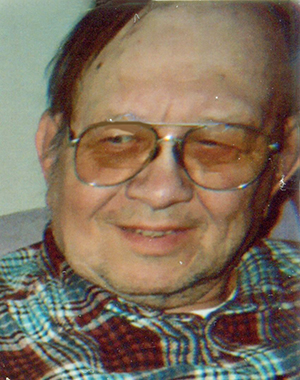 Elton passed away Tuesday, April 12, 2016, at Thorne Crest Senior Living Community in Albert Lea. He was 81.

Elton Dale Beighley was born Oct. 3, 1934, in Albert Lea to Clyde and Gladys (Nelson) Beighley. He grew up in the Hayward area. On Feb. 21, 1957, he was united in marriage to Mavis (Hauge) at First Lutheran Church in Glenville. The couple was blessed with one son, Steve.

Elton worked his entire life as a truck driver. He for Albert Lea Co-op Creamery, Conger Creamery, Jensen Transportation, and worked for Barry Jacobson. Elton enjoyed what he did for a living. He continued driving truck until he was 70. In his free time, he liked being in the garage with his son, Steve. He also enjoyed time spent with his grandchildren.

He is preceded in death by his parents Clyde and Gladys; a grandson in infancy, Jameson; and a brother, Elvin (Dorothy) Beighley.

He is survived by his wife of 59 years, Mavis, of Gordonsville; son, Steve (Sue) Beighley, of Albert Lea; grandchildren Dalynn (Victor) Wildman, Sam Beighley and Stephanie Beighley and her fiance, Kaleb Ruehling; great-grandchildren Jameson, Bayleigh and Henley Wildman, Jackson Beighley and Novah Ruehling; as well as many other relatives and friends.