Jerry Rolland Millang, 67, of Bismarck, North Dakota, passed away Friday, Feb,.19, 2016, at CHI St. Alexius Medical Center in Bismarck after a battle with cancer. A memorial service will be at 2 p.m. Saturday at the Freeborn American Legion in Freeborn. The Rev. Scott Williams will officiate. Inurnment will be in Freeborn Cemetery. Military honors will be accorded by Freeborn American Legion Post 552 and Wells Veterans of Foreign Wars Post 1778. 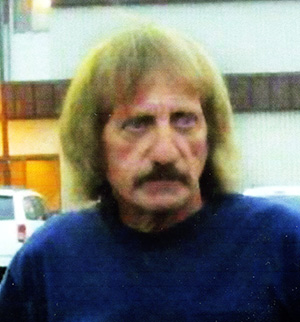 Jerry was born Sept. 21, 1948, in Fort Dodge, Iowa, to Irone and Eunice (Hove) Millang. He was baptized in Fort Dodge and confirmed at United Congregational Church in Freeborn. He graduated from Freeborn High School in 1967. Jerry entered the Army on May 28, 1968, and served 13 months in Vietnam. He was honorably discharged on Dec. 30, 1969.

Jerry loved going to auctions and always brought something home. He was an awesome artist and his specialty was drawing old cars. He enjoyed grilling — 12 months a year you would find a grill outside his door. He was a great mechanic and loved working on old cars — especially Ford C3/C4 transmissions. He loved cheering on the Minnesota Vikings and put Dr. Pepper on the map.

Jerry was preceded in death by his parents in 1991; brothers-in-law Milford “Buddy” Hamre and Merle Zierke; and sister-in-law, Ruth Haugen.