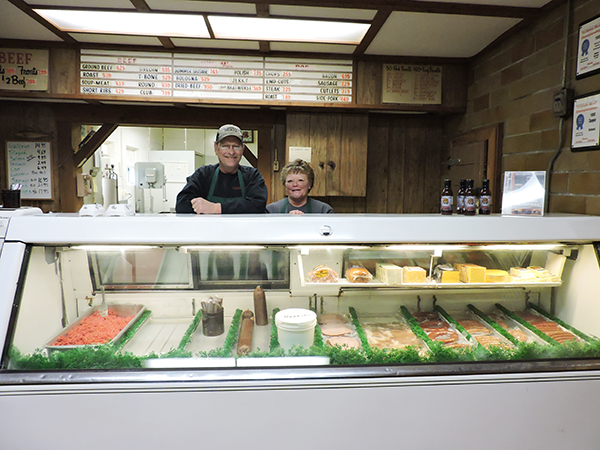 MANCHESTER — Just a few short miles north of Albert Lea stands Jordahl Meats, a business that started almost 70 years ago and is still going strong, according to owner Brian Jordahl.

The business was first opened by his father, Merle Jordahl, and his uncle, Oscar Jordahl, who both had experience in the meat industry. Jordahl said he had worked there on and off ever since he was 8, but it wasn’t until his father was about to retire that he considered making a career out of it.

In 1980, after returning home from college, he decided it wouldn’t be too bad to be his own boss and took over, but he does admit being a small business owner isn’t all it’s cracked up to be. He said people seem to think he can take off whenever he chooses, but the opposite is actually true. He only takes one week of vacation a year. Otherwise, he’s there at his business six days a week.

Another misconception people seem to have relates to pricing. He said while some consumers might think they can get better prices at big name stores, his prices are usually cheaper and his quality is higher. Some stores, he said, just wrap beef in cellophane in a rush to get product to the shelves. He allows his products to age accordingly, which improves the flavor of the meat.

“Where meat is our only business and quality is our main concern,” is the motto Jordahl runs his business by.

He has won many awards for his products, which include summer sausage, beef sticks, bratwurst and wieners. He doesn’t compete anymore, though, calling some of the contests beauty pageants.

“The look of the meat might get you to buy it the first time,” Jordahl said, “But it’s the taste that will keep you coming back.”

He refuses to buy the thousands of dollars of machinery it would take to win such contests. All it would do is raise the cost of his products, he said. He’s perfectly happy to continue to tie off sausages by hand, and let the taste of his products speak for themselves.

In addition to offering his own line of products, Jordahl does meat processing on everything from cattle and hogs to wild game.

Fall is his busiest time of year for the meat processing side of things. He often brings in more staff to help with all of the orders, yet he still finds himself having to turn business away.

Jordahl does custom orders, as well, and said that in the off chance he can’t make or find something a customer is looking for, he’ll point them in the right direction. Otherwise, his meat counter is open and filled with specialty products, and a variety of meat, seafood and cheeses.