No-chance bills give leverage in session 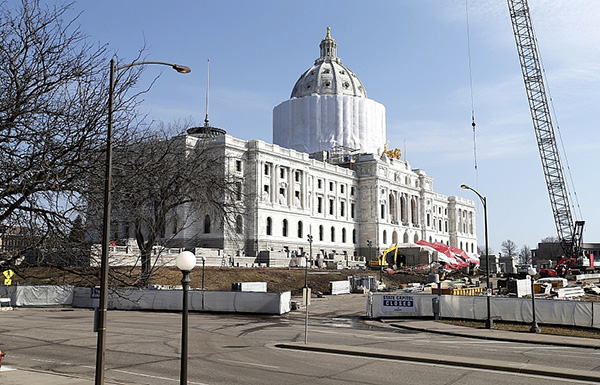 Many of the hundreds of bills introduced this session have no chance of becoming law. These no-hope bills tend to be more prevalent when legislators are gearing up for re-election runs, said former Democratic Senate Majority Leader Roger Moe. Jim Mone/AP

More than 1,400 bills have been introduced in the Minnesota House and 1,200 in the Senate in the four weeks since the 2016 legislative session began. Few will go the distance and become law. Many had no shot from the start.

But getting a bill passed isn’t always a lawmaker’s only goal.

Legislation that has little chance of passing the Legislature and getting the governor’s signature can still play a powerful role in firing up certain groups of voters. It can put the opposition party on the spot. It can become a chip to trade away later. Or it can lay the groundwork for future, more-successful consideration.

“This being an election year there are going to be some of these bills introduced purely for the sheer politics of it all,” he said. “In some cases to get the opponent on a vote and in some cases just to play to your respective bases, whichever they may be on the right or on the left.”

Lawmakers seldom admit the legislation they craft doesn’t stand a chance. At the Capitol, any of Minnesota’s 201 legislators can introduce any measure. That can mean heartburn for caucus leaders, who pride themselves on crafting disciplined messages and neatly tailored agendas.

Rep. Glenn Gruenhagen, R-Glencoe, held a press conference recently to talk about his legislation that would place gender-specific restrictions on public restrooms. He certainly knew that the emotionally charged legislation wouldn’t become law any time soon. But he told reporters: “One of the things I’ve learned is that public pressure can create a lot of change in elected officials.”

Even before he had the chance to describe his legislation, however, DFL Gov. Mark Dayton had already vowed a veto. “This is about pandering to their extreme base,” he said of Republicans. “They’re wrong on the issue and wrong on the morality of it.”

In similar fashion, a Democratic proposal allowing doctors to prescribe medication to let terminally ill patients end their life made its initial splash and its exit on the same day without a vote. It had no chance in the Republican-led House.

Legislative leaders can sometimes head off introduction of no-chance bills, but they don’t always get the message through, said Former Republican House Speaker Kurt Zellers.

“A lot of times a leader can give good advice to a member. They can suggest the circumstances that are before them, what the outcome is going to be. And sometimes they just can’t help themselves,” Zellers said.

“They’re going to push that bill,” he added. “They’re going to bring it forward even in some cases it causes harm to other members of their Republican or Democratic side because people look at it and go, ‘Well, that’s a waste of time. Why would you do something like that?’ They’re still going to do it.”

That’s not to say that every plan with a bleak outlook is equal.

Take the bill in the House to reroute women’s health grants and make abortion providers like Planned Parenthood ineligible. It has advanced despite Dayton’s veto threat, which he delivered in a sharply worded letter to bill sponsors last week.

“I do things that are the right things to do,” Lohmer said. “I try not to be political. I just try to do what I think is right. To me, this is the right thing to do.”

If it stays on its current track, her proposal could be a point of contention when Dayton engages leaders of the Democratic Senate and Republican House in end-of-session negotiations. It could get linked to a budget bill expected to be a focal point of those talks.

Likewise, a priority DFL plan establishing paid family leave policies for most Minnesota workers faces an uphill climb on the House side.

That ambitious proposal has already been scaled back to keep it afloat in the Senate. Democrats have signaled it will be among the topics they’ll hit in the fall campaign, too. Lead sponsor, Sen. Katie Sieben, DFL-Newport, isn’t giving in yet.

“I hope it will happen this year,” Sieben said. “I think the overwhelming public support for the bill will help push the House ultimately to do something in the end of the session.”

As Zellers remembers, such strategic positioning is always part of the calculation.

“It gets brought up because it’s going to be a part of those final negotiations,” he said. “’Well, we gave up on our single most popular issue. Now you have to give up on your issue.’”