Not guilty plea in church theft 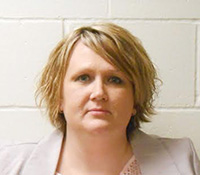 According to court documents, the stolen money had been given to the church and school from the Diocese of Winona, parish members of the church and families with children attending the school through offerings, donations and fees.

Court records allege the misappropriation took place from Aug. 30, 2013, through Feb. 3, 2015, though there is some question that it could have started as early as 2012.

Freeborn County District Court Judge Steven Schwab on Thursday said McFarland would be released on her promise to appear for her next hearing if she obeys the law and makes all of her court hearings.

He ordered her to have no contact with church personnel or staff and to stay away from the church.

She has to check in with court administration one time per week by phone.

McFarland is next slated to appear on Aug. 4 for a settlement conference. If a settlement is not reached, she will appear in a pre-trial on Sept. 9 and a jury trial Sept. 13.