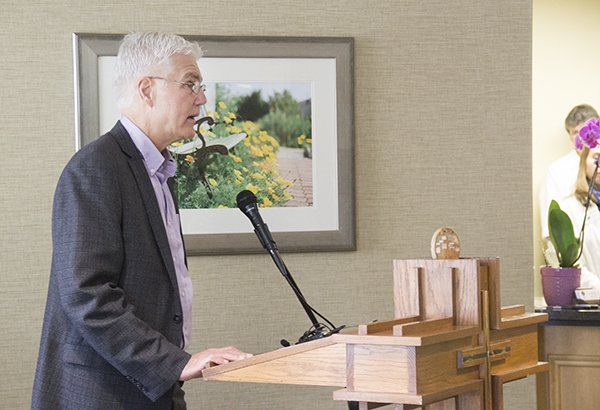 Residents and staff at Thorne Crest Senior Living Community, along with other community leaders, celebrated a grand opening and ribbon-cutting ceremony on   Wednesday after about two years of renovations.

The roughly $11 million redevelopment project included the construction of a new wellness center and parking garage, plus renovated apartments and other living spaces.

Dave Zwickey, president and CEO of American Baptist Homes of the Midwest, which owns Thorne Crest, said the completed project has fulfilled the vision of the organization’s founders when it was first built.

Zwickey said though there have been many changes in the organization in the last 40 years, the commitment to the community and the residents is stronger.

Anderson said many of the apartments have been updated to be more senior-friendly.

She said the facility was literally gutted one section at a time, all while still having residents living there. She and others thanked the residents and their families for support while the work was done.

District 27A Rep. Peggy Bennett, R-Albert Lea, talked about the importance of senior care centers such as Thorne Crest  because of the influx of people turning 65 and older.

She said in just a few years, there will be more seniors in the state than students in the K-12 education system.

Dale Rippey, a former Thorne Crest administrator  and resident at the facility for seven years, described Thorne Crest as a great place to live.

He thanked the community for the support it has given the project and for the staff at the facility.

He said it offers quality food service, a wellness area, 24-hour emergency service, among other amenities.

Following the ceremony, people had the opportunity to take tours around the facility and were invited to a luncheon.

Some of the highlights of the tour included seeing the new pool and spa. The pool is kept to 80 degrees and the spa to 90 degrees. There are multiple exercise classes held throughout the day geared toward helping residents keep their independence and build strength.

The parking garage is kept at 55 degrees at all times, which residents have enjoyed in the winter, said Beth Rheinfels, business office supervisor during one of the tours.

In the apartments, residents have their choice of countertops, cabinet colors, carpet and paint colors.

Four students from Albert Lea High School played music prior to the start of the ceremony and harpist Rachel Christensen provided music during the lunch.

Thorne Crest will continue its celebration through April 30. The public is invited to view the renovations any day from 2 to 4 p.m. 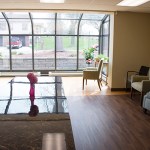 There are several places in the renovated Thorne Crest Senior Living Community where residents can sit in atriums like the one in this room. – Sarah Stultz/Albert Lea Tribune 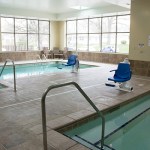 One of the highlights in the tour of Thorne Crest Senior Living Community was the new pool and spa. – Sarah Stultz/Albert Lea Tribune 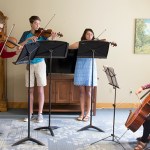 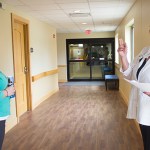 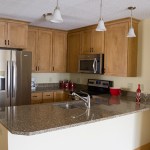 Residents have many choices for the apartments at Thorne Crest, including countertops, paint color, carpet and cabinet color. – Sarah Stultz/Albert Lea Tribune