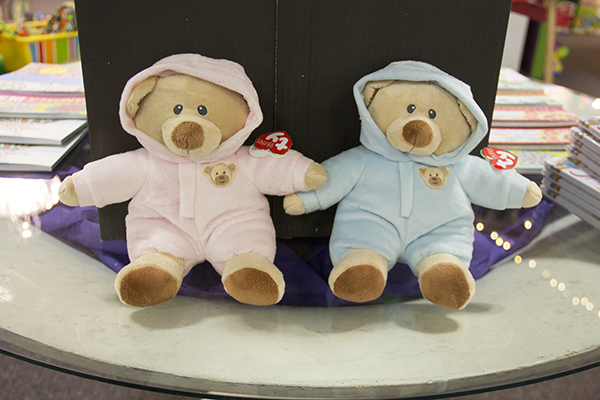 Annette Petersen, executive director, said the organization is hoping to reach out to more people in the community to raise awareness of the services the agency provides.

“We’re always trying to do new fundraisers because we want the whole community to know about us — not just the people who need our services,” Petersen said.

The first concert of the day will feature children’s entertainer the Teddy Bear Band. This concert, which goes from 2:30 to 3:15 p.m., is geared toward children, parents and grandparents.

“We thought it would be fun to do an intergenerational kind of thing,” she said.

Each child will be given a free teddy bear, and there will also be a raffle for a 4-foot-tall bear.

According to the Teddy Bear Band’s website, the group was created to help children gain a positive of sense of self and appreciate their talents. The band has performed over 7,000 shows.

The second concert titled “Remember When” features The Resistors band and songs from the 1940s up through today. They will have a fun, interactive and spontaneous presentation, which runs from 4:30 to 6 p.m.

Refreshments will be served at both.

Petersen said the concerts will raise money for the overall operations of Senior Resources, its new health and well-being initiative and Ride Services. She said the agency is collaborating with the Albert Lea Family Y for classes and support groups for the health initiative.

Senior Resources is a nonprofit organization that helps seniors and other people in need stay in their own homes as long as possible.

The concerts are sponsored by Celebrations Party & Gifts and Thompson Sanitation.

Tickets are available at Celebrations or at Senior Resources.

What: “Remember When”
with The Resistors