Area moms share how lives changed since birth of twins 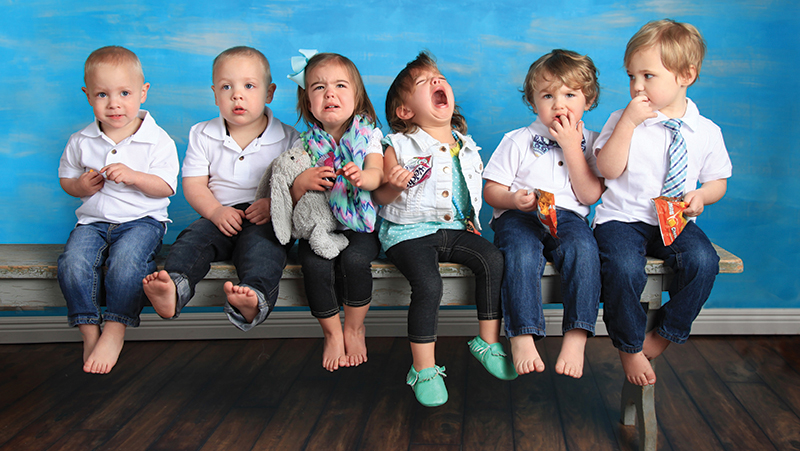 Three sets of fraternal twins from the Albert Lea area are, from left, Matthew and Andrew Zoller, Alivia and Josephine Gaudian and Cooper and Parker Muilenburg. Rebecca Lynne Photography

A typical morning in Emelia Gaudian’s home begins like many others.

She and her three children wake up and eat breakfast — most of the time it is oatmeal with a little bit of yogurt.

After breakfast, Gaudian and the children read books and play, before eating a snack and then taking a nap.

Though this could be a routine for any parent with children, what sets Gaudian apart from most other parents, however, is that she is the mother of twins.

She is one of three Albert Lea area mothers Albert Lea magazine interviewed about the ups and downs of raising twins.

While the moms agreed there were definitely challenges to raising young twins, they said they wouldn’t trade their experiences.

“I never in a million years imagined I would have twins,” Gaudian said. “I’ve always been fascinated with twins.”

Gaudian said she and her husband, Carl, found out early on in her pregnancy they were having twins. When she was about 10 weeks pregnant, they had an ultrasound done, and she knew the image looked different from the one she had when she was pregnant with Isaiah. The ultrasound tech was silent for two or three minutes.

“We were so excited,” she said of when she found out the reason why. “I felt like it’s Christmas and I just opened the biggest gift I could get ever.”

After that, she had what she described as an “amazing” pregnancy, carrying the twins until they reached 37 weeks. When they were born, Alivia weighed 6 pounds, 2 ounces; and Josephine 5 pounds, 10 ounces. They did not spend any time in the NICU and were able to come directly home.

Things weren’t quite so easy for Jen Zoller and her husband, Jeff. She said they found out when she was about six or eight weeks along that they were expecting twins.

“Jeff and I went, ‘What?’” Zoller said. She has a great-grandmother who is a twin, along with another distant relative.

Zoller said doctors could tell right away that one of the twins, Matthew, was in the lower percentile for his growth.

They were referred to Rochester and started visiting doctors there once a week when she was three or four months pregnant. The visits increased to twice a week at six months. Doctors told her Matthew had poor umbilical cord placement, and therefore, his growth was restricted.

Both boys spent time in the NICU: Andrew for two months and four days and Matt for three months.

Other than having to put tubes in their ears when they were 1 year old, they have been healthy since they came out of the hospital.

The boys have attended The Children’s Center since they were 7 1/2 months.

Holly Muilenberg said she and her husband, Mark, were both in shock when they found out they were having twins. The couple, which by that point already had three other children, said they had a history of twins on both sides, so they always knew it was a possibility.

Muilenberg said her pregnancy went fairly well until at about 29 weeks, when she went into pre-term labor and was put on bed rest for seven weeks. She ultimately had fraternal twin boys Parker and Cooper at 36 weeks, and though the twins spent one night in the NICU, she and the newborns went home after only three days in the hospital.

Double the trouble or twice the fun?

When they first went home from the hospital, Gaudian said things went well.

It started to get a little more challenging when around 18 months old, the twins started to get more independent. She credits her support network, including her husband’s parents who live only about 2 1/2 miles way. Her mother-in-law has brought over meals, and her father-in-law comes over regularly to take the children on stroller rides and to help out with things like the dishes. Her family lives on the West Coast.

“The biggest thing with twins is that it takes a village,” Gaudian said. “If you have incredible people behind you, it’s really nice.”

Alivia and Josephine, now 2, are developing their own personalities, though Gaudian said she thinks it is still a little too early to determine whether her children are going to be introverts or extroverts.

“They’re as different as night and day,” she said. “One will pick up a lady bug and be excited, and the other will cry about it.”

The mother said she dresses the two girls alike probably at least 50 percent of the time. The girls love wearing boots and their mom’s necklaces — but they also love playing in the mud, too.

Gaudian said they like to be together most of the time, though sometimes the girls have little arguments of their own.

Zoller said after her twins came home, she was off work for another month and a half and her husband was also home for a while, along with their mother-in-law.

She said the hardest part of having twins has been feeling like she wasn’t doing enough for one of them at any given time. With sleeping schedules and other demands, at first she felt like she couldn’t do much else as she juggled their needs.

“It’s not for the faint of heart,” Zoller said about life with twins. “It’s hard to sometimes balance what everybody needs, so you just have to do what you can at that moment. It’s a give-and-take among everybody.”

The twins have continued to excel since coming home from the hospital and are now 2 years old.

Zoller said she has never had them wear matching outfits.

Matthew is what his mother described as a “spitfire,” who is feisty and knows what he wants, while Andrew loves to cuddle and give hugs. She loves when they make each other giggle by doing something silly.

Both boys like to explore and are adventuresome, and they like to do the things their older brother, Jack, 6, does.

Muilenburg said she and her family moved to the area when the twins were 2 months old. She has three other children in addition to the now 2-year-old twins: Autumn, 15; Hunter, 12; and Hope, 4. Coming from the Lakeville area, they now live between Clarks Grove and Hollandale.

She said she stayed home with the twins for their first year and then went back to work part time at Good Samaritan Society of Albert Lea. She is now going back to school to get her degree.

She thanked her family for watching the children while she attends school, along with Gaudian, who watches her 4-year-old two days a week.

Some of the challenges for her were balancing sleep with other needs.

She said it is very rare she goes out somewhere with all five of her children. People often comment about how busy she must be with all of the children.

“It’s crazy, but we love it,” she said. “Having five kids now is not really heard of anymore.”

Muilenburg said her older children have developed a special bond with the twins and they enjoy helping out as much as they can.

For now, Cooper is outgoing, silly and talkative, while Parker is shy but tough, she said. They watch out for each other.

The mothers said it can be a challenge to go out in public with their children, and they often limit their time out, especially when the children were younger.

Zoller advised making sure to give yourself plenty of time. 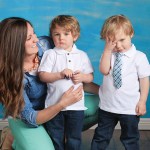 Mother Holly Muilenburg said her twin boys Cooper, left, and Parker, right, have different personalities but like to watch out for each other. Rebecca Lynne Photography 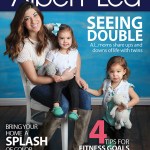 See this and other stories in the May/June issue of Albert Lea magazine. 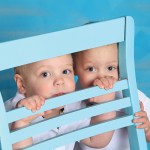 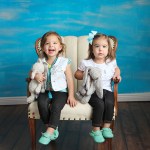 Josephine and Alivia Gaudian slept nose to nose for the first three months of their lives and would get angry if their twin wasn’t around. – Rebecca Lynne Photography 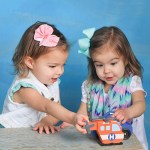 It’s still up in the air whether fraternal twin girls Josephine and Alivia Gaudian will be introverts or extroverts, according to their mother. – Rebecca Lynne Photography 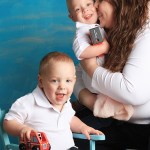 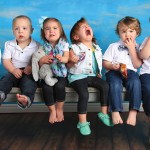 Three sets of fraternal twins from the Albert Lea area are, from left, Matthew and Andrew Zoller, Alivia and Josephine Gaudian and Cooper and Parker Muilenburg. Rebecca Lynne Photography 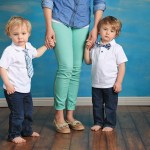 Parker Muilenburg is considered more of a “shy but tough” child, according to his mother, while his brother Cooper is more outgoing and silly. – Rebecca Lynne Photography