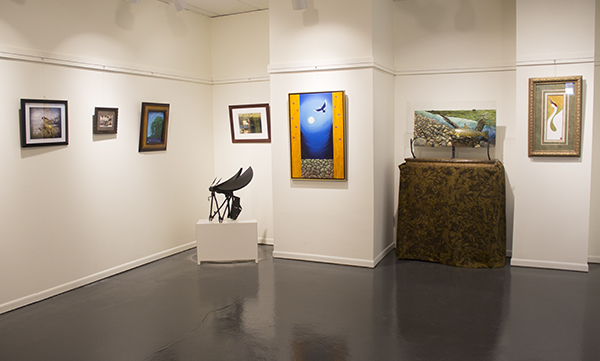 A new mixed media art exhibition with a focus on animals and elements of the outdoors opened Tuesday at the Freeborn County Arts Initiative.

The show, which features the work of 18 artists, is titled “Animal, Vegetable, Mineral.” It combines the work of professional and amateur artists, who are both local and regional.

“The concept seemed playful — anything that’s alive, anything that grows,” said Susanne Crane, who is on the Arts Initiative gallery committee.

The exhibit will be open through June 18 at 224 S. Broadway and includes everything from paintings and photography to various forms of sculpture. Sculptures shown are from Dave Snyder of Glenville, Kathy Voorhes of Northwood and Teodor Geiger of Albert Lea.

“You will find elaborate works in this exhibition that show great reverence for the natural world,” Crane said.

A sculpture from Snyder titled “Ambush” includes an underwater scene made from various types of wood. The background is carved from solid aspen, and there are 357 hand-carved rocks. Blunt-nosed minnows are made from balsa, and a brown trout is made from basswood. Grass is carved from bamboo.

Elisha Marin, president of the Arts Initiative, said the interest with the organization reaches a new peak each time it opens a new exhibition.

It is gaining membership and patronage, and people are starting to recognize it as its own entity, separate from others in town, he said.

“I’m very proud of what we’ve accomplished in such a short time,” he said. “We have a great team and the ability to show many things never before seen in Albert Lea.”

The exhibit comes as the organization has another show down the hall honoring Beatrice Bessesen, a famous opera singer and the benefactor of the building. This coincides with the 100-year anniversary of the building and a funding effort to restore it.

“There are so many things going on in this place,” said Herta Ludwig, a painter from La Crosse. “I love going into the artists’ studios to see what they have in process. You learn a lot that way.”

In addition to Crane’s studio, there are also studios in the building for Brandi Hagen of Bragen Rights Photography and wildlife painter Mark Kness.

Exhibits are typically planned out at least a year in advance. 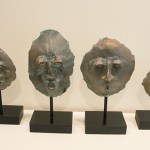 Kathy Voorhes of Northwood created these faces out of clay that are featured in the exhibit. – Sarah Stultz/Albert Lea Tribune 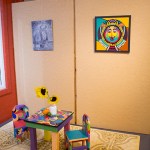 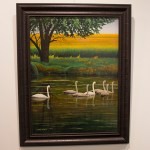 Wildlife painter Mark Kness has a painting with swans in the show. – Sarah Stultz/Albert Lea Tribune 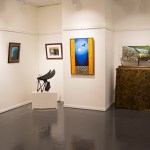