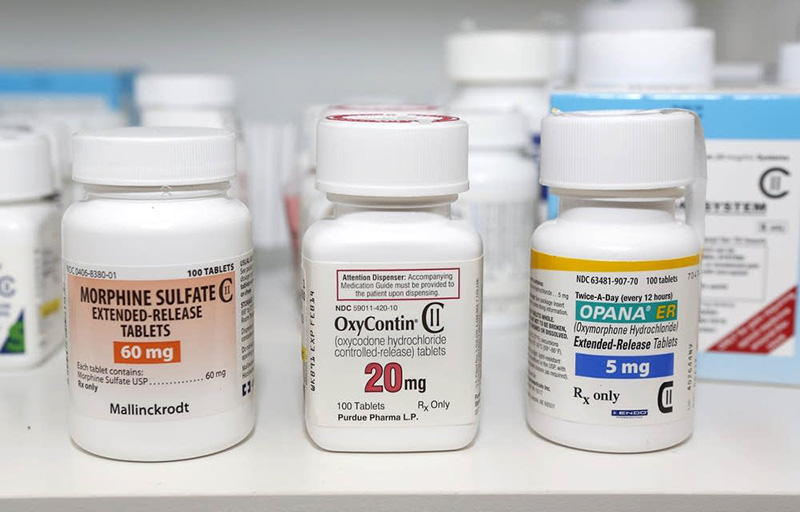 Prescription opioids like morphine and OxyContin are at the root of Minnesota's opioid epidemic. Rich Pedroncelli/AP

A bill that would slightly tighten the state’s Prescription Monitoring Program by requiring doctors to sign up for credentials to log into the system has now passed both houses of the state Legislature.

Drug monitoring programs have received increased attention as officials have sought to reverse the rising number of opioid overdose deaths across the country.

The monitoring programs maintain a database of prescriptions of controlled substances in each state that doctors or other prescribers can access. The programs are designed to limit the ability of patients to “doctor shop,” or to get prescriptions from multiple doctors without their knowledge. 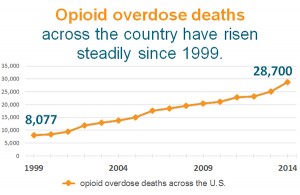 Deaths nationally in which opioid poisoning was the primary cause, 1999-2014 MPR News graphic

The legislation passed by the state Senate last week and the state House on Monday requires all doctors, pharmacists and dentists to have credentials to log into the system, although it still doesn’t require them to check a patient’s record when prescribing controlled substances.

The changes would be a “small step” in the right direction, said Rep. Dave Baker, R-Willmar, who lost his son Dan to an opioid overdose in 2011.

“It doesn’t require (doctors) that they have to use it every time that they want to do a prescription, but as long as they have that log-in, we at least understand that they know how to get into it, and how easy it is,” Baker said.

Minnesota’s monitoring program has been in place since 2010. But the laws governing the program haven’t required prescribers like doctors and dentists to sign up for it. The program reported in March that less than one-third of eligible doctors had accounts with the program.

Baker said some in the medical establishment were concerned that mandates would lead to more costs and paperwork, but were amenable to compromise on the issue of registration.

“The medical community has started to embrace the need for clarification on what these opioids are doing, and the benefits and the risks,” Baker said.

Dr. David Thorson, president of the Minnesota Medical Association, said his group has supported requiring all physicians to register for the program, but that it’s not yet clear whether mandating use of the programs, as some states have, would help the program’s goal of reducing drug diversion.

“We are looking at data from those states, trying to balance the physician’s need to have knowledge about the patient’s use of opioids with the added workload that checking the PMP adds,” Thorson said.

The Board of Pharmacy, which oversees the prescription drug monitoring program, recommended required registration last year as a middle-ground between the voluntary program and a program that mandates usage, said board executive director Cody Wiberg.

“Right now, it’s somebody comes in and the doctor has to ask, ‘Can we look at your records?’ and “Are you doctor shopping?’ “ Rosen said. “Of course, if they are abusing prescription drugs, they’re going to say ‘No.’ “

Differences between the House and Senate versions of the bill will be hashed out in conference committee.

Prescription monitoring programs in other states have also been tightened in response to the opioid overdose epidemic, which now kills tens of thousands of Americans each year. More than half of all drug-related deaths in Minnesota last year were due to prescription opioid painkillers rather than illegal street drugs, according to recently released Department of Health data.