Albert Lea City Manager Chad Adams said the measure allows the city to meet its responsibility to protect the health of the community.

Adams said it will protect the city’s ability to manage wells within the community, noting he thinks prohibiting private wells within city limits serviced by the city’s water system is a public health issue for Albert Lea and surrounding communities. 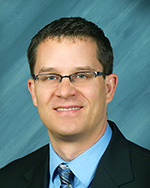 “Significantly restricting or banning the use of private water wells for domestic use on properties served by the city water system is necessary to protect the integrity of the water system and provide clean water supplies for the health and welfare needs of the city and its residents,” he said earlier this month.

Existing private wells will be allowed to remain.

Fifth Ward Councilor Larry Anderson said the measure provides one less avenue for an aquifer to be polluted by a well.

There are a few areas off of Sunset Street from Lake Chapeau Drive to Minnesota Highway 13 that are more than 500 feet away from city water lines that will be allowed to construct private water wells.

Adams said earlier this month the city plans to extend water service to those areas, noting there are a couple of large parcels in that area — one owned by the city — that are eligible for private wells.

The council previously tabled the vote at its May 9 meeting.