A service of remembrance for Dave Cornick, 62, of Albert Lea will be Friday at Bayview Freeborn Funeral Home. Visitation will be from 4 to 7 p.m. Friday with the service starting at 6:30 p.m. Dave’s son-in-law, Brandon Krosch, will officiate. Interment will be at North Freeborn Cemetery at a later date. Online condolences are welcome at www.bayviewfuneral.com. 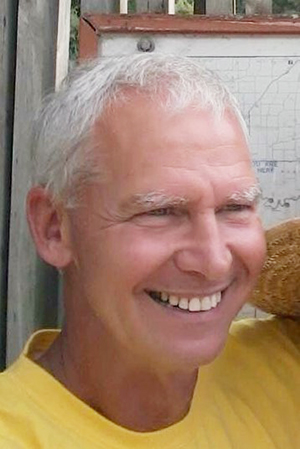 David Carroll Cornick was born on May 8, 1954, in Albert Lea, the son of Carroll and Dorothy (Anderson) Cornick. He graduated from Albert Lea High School and lived in Albert Lea his entire life. In the spring of 1973, he married Soraya Knutson and they spent the next 40 years together, raising their four children and making a life.

Dave always worked as a carpenter. He established Cornick Construction in the mid-70s.  He worked — and played — side by side with his dad for 30 years. He also worked with his son, Bryant, and over the years had many work partners who often became good friends.  Through his skill and work as a craftsman and carpenter, Dave expressed his eye and hand for quality and beauty, devotion and love for his community and family, and an endless heart of generosity.

Dave had a great appreciation for nature and every way that he could be a part of it. He enjoyed and gave precious memories backpacking in Colorado and New Mexico with his daughters, fishing and hunting up north with his friends and children, biking around Fountain Lake, camping and kayaking with his sisters, and going looking for bunnies with his grandchildren.

Dave’s (Opa’s) heart and mind revolved around his four children and seven grandchildren. He poured his affection and attention into growing loving relationships with each of them. His heart was most at home when all his children and grandchildren were together in one place.

Dave moved with a heart of playfulness and a goofy, loving and self-deprecating sense of humor that was precious to those who were a part of his life. He invited people to play and laugh with and at him wholeheartedly, whether he was being “concrete Dave” while doing a pour, dancing and singing karaoke at Eddie’s Bar, or “going to beat heck” with his grandchildren in the car.

His family is devastated and heartbroken that Dave couldn’t stay his dance any longer. Words can’t express their infinite gratitude for every loving, playful, adventurous and precious moment they shared with him. They love him so for always.

Dave was preceded in death by his parents; and sister, Alice Frost.