Designing for a superstar 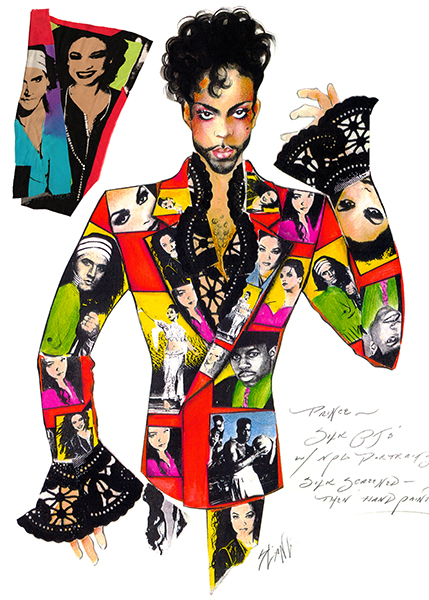 This costume designed by Stacia Lang was a 2-piece pajama ensemble. Photos of Prince’s band, the New Power Generation, were transferred onto silk charmeuse, and then color was hand-painted on. A swatch of the real fabric is up in the left corner. Prince wore silk suits they called “pajamas,” because of the seemingly informal and soft structure they had. Provided

When word spread that music sensation Prince died April 21 at his Paisley Park home in Chanhassen, it hit especially close to home for one Albert Lea native.

“I feel like a part of me died when he died because I had spent so much time creating for him and with him,” Lang said. 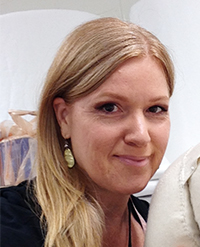 She started working for Prince in 1990, after attending the Fashion Institute of Technology in New York City. After being in New York for eight years, she said she decided she was going to leave New York and move back to Minnesota. In what seemed like happenstance, she was introduced to Prince’s designer and was asked to start with him as a pattern maker.

A short while later, Prince’s designer at the time, Helen Hiatt, gave Lang the opportunity to show her portfolio to the star. When Hiatt decided to leave the position, Lang later that year became Prince’s personal designer. She said she worked with him until 1993 at Paisley Park when he changed his name to what is known as the love symbol, amidst conflict with his record company.

Lang said she was a fan of all of Prince’s costumes over the years, but she particularly loved the years she worked with him.

During those three years, she designed many tailored suits with futuristic, edgy and clean lines, she said. There were also a lot of scroll patterns.

“He was in his early 30s, so he could wear these amazing, body-conscious clothes,” Lang said.

The last time she had contact with him was in 1993, but she said she was happy to hear of his success over the years. She now lives in Los Angeles.

“To me, Prince was inspiring, electrifying, otherworldly, mystical, mysterious, and a pure genius — a wise sage giving his advice,” Lang said.

Once, during a private conversation, he told her it was important for her to develop a business enterprise so she could have “something of your own.”

On the other hand, she said she thought he had a complex personality and could be exasperating and difficult to decipher at times.

“Looking back, I think we in the wardrobe department, and me as his designer, did a fine job in bringing to the world his vision at the time, and bringing to his world, a vision of our own,” Lang said. “Through our work on his clothing, I think we captured the essence of Prince at that very moment in time. I feel satisfied with what we created together.”

She described Prince as inspirational, and said he was an example of someone who could accomplish whatever he put his mind to — despite the limitations people put on him as a child.

“He knew who he was — what he wanted — and he was the most unique person I’ve ever met in my life,” Lang said.

Though she has not had contact with him for more than 20 years, she said she was devastated to hear the news of his death.

“His death was a total shock to everyone, despite reports of an earlier illness,” she said.

She has been touched to see the outpouring of love and sorrow from his fans since the announcement of his death.

“Just seeing all this purple, all these tributes, it just really got me very, very emotional because he touched so many people’s lives,” she said. “I think his mark was deeper than a lot of people even thought.”

In recent years, she said she has started to create what Prince encouraged her to do more than two decades ago in finding something she could call her own.

Her personal website, at www.stacialangfeatherstudio.com, shows her love of birds and feather work. She hopes it can be a place of enchantment, where the beauty of birds and their feathers uplift and inspire.

“It is becoming that thing that Prince had encouraged in me — my little corner of the world, something of my own,” Lang said.

The feather studio is featured in a 10-page spread in the Summer 2016 issue of Where Women Create magazine, which hits stands today.

She has also worked on specialty costumes for films such as “Interstellar, “The Amazing Spiderman,” “Star Trek,” “Man of Steel,” “The Cell” and others. 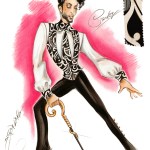 Lang made this design for the video “Cream.” She said Prince loved wearing high collars, and his cuffs were made to accommodate custom-made cuff links with different messages or symbols. – Provided 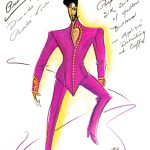 Prince ordered this suit in several color combinations, including fuchsia with yellow, yellow with purple and black with white. Lang said with this piece she wanted to make a suit that incorporated buttons, a detail that had been with Prince since the “Purple Rain” era. – Provided 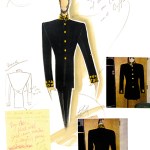 Prince often made notes for Lang on Post-It notes about the sketches, including the one here about the gold details. The Polaroids of the finished garment are to the right of the sketch. This was made in several colors, purple being the most widely seen. -Provided 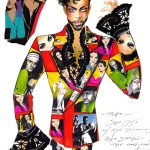 This costume designed by Stacia Lang was a 2-piece pajama ensemble. Photos of Prince’s band, the New Power Generation, were transferred onto silk charmeuse, and then color was hand-painted on. A swatch of the real fabric is up in the left corner. Prince wore silk suits they called “pajamas,” because of the seemingly informal and soft structure they had. Provided