Hawthorne student is principal for a day 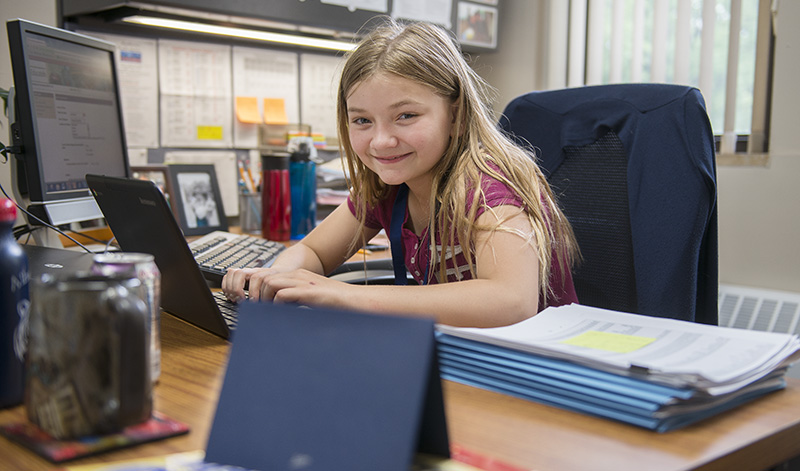 Fourth-grader Lilyona Valdez got to be principal for the day Tuesday at Hawthorne Elemenetary School after having her name drawn in a raffle for raising money during the school’s Walk-A-Thon fundraiser. - Colleen Harrison/Albert Lea Tribune

Fourth-grader trades in student desk to lead her elementary school

Being sent to the principal’s office is usually a nightmare for students, but for Hawthorne Elementary School fourth-grader Lilyona Valdez, it was an exciting opportunity.

On a normal day, Valdez can be found in her fourth-grade classroom, but on Tuesday she traded in her student desk for the principal’s when she became principal for the day.

Valdez was selected to be the principal Friday after she was entered in a drawing for students who raised over $50 for the Hawthorne Walk-a-Thon. Students walked around Fountain Lake to raise money for the school.

Valdez’s duties as principal began at 8:20 a.m. when she read the morning announcements and walked through classrooms to make sure teachers had learning targets for the students. One of the teachers Valdez observed was Albert Lea Area Schools Superintendent Mike Funk, who substituted in a third-grade classroom for the day as part of another drawing. 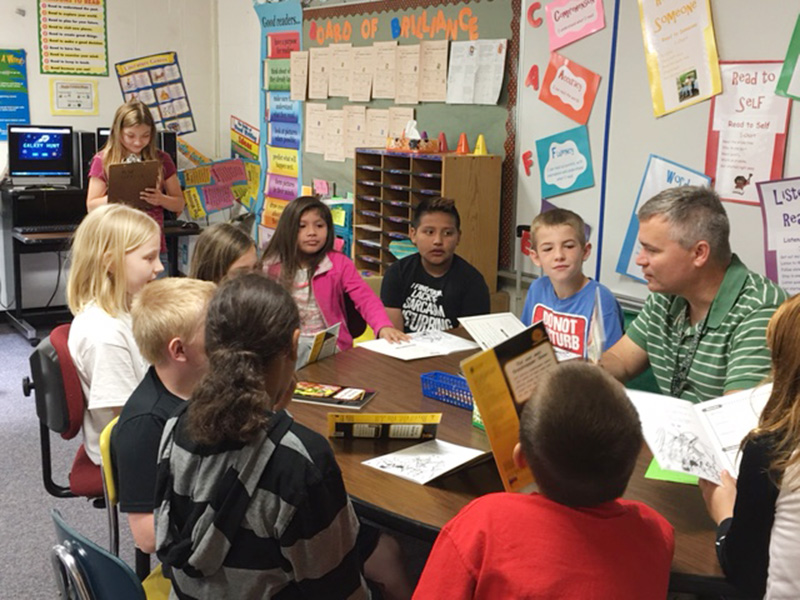 At lunchtime, the principal’s office became Cafe Valdez when Valdez had lunch with her friends.

The excitement continued as Hawthorne had its last fire drill of the year. As students filed out of the building, Valdez walked around making sure teachers had all of their students accounted for.

Finally, at the end of the day, Valdez returned to her classroom to enjoy root beer floats with her class.

Hawthorne’s usual principal, Karen Zwolenski, noted that Valdez took her new job seriously and was a very responsible principal. The fourth-grader had lots of fun being in charge, but if she could change one rule at Hawthorne, she’d allow students to be outside more often.

This was Hawthorne’s first year having a student principal for a day, but it is something Zwolenski would want to do again.