ST. PAUL — Minnesota lawmakers are honing their recipe for closing out a legislative session: Start with hours upon hours of private meetings, easy on the details of millions of dollars in spending, then throw it all together for a quick vote in the final minutes. Add in some blaming, a pinch of yelling and you’re done — just be sure to leave some bills sitting out on the table unfinished.

Twice in the last two years the Legislature’s last-minute rush has fallen short, leaving piles of unfinished work that triggered a special session in 2015, with another possible overtime meeting in store this spring. A $1 billion-plus package of public works projects and a major transportation funding bill — a top priority for the last two years —both failed to pass this year.

No matter who’s in charge — Democrats, Republicans or the split-party control of the past two years — a rush to wrap up work at the deadline is a regular occurrence at the Minnesota Legislature. But the latest brush with deadline pressure and the high-profile failure of a bonding bill at Sunday’s midnight deadline is prompting some calls for change.

Gov. Mark Dayton admonished lawmakers for the latest sloppy conclusion, saying he needed time to read tax and budget bills — “which somebody needs to do,” he quipped — before deciding whether to sign them.

“In the haste of the final moments there, democracy was not well served,” he said Monday. 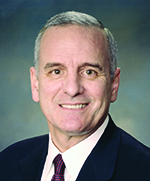 Lawmakers entered the 11-week session dedicated to finalizing plans for tax relief, extra spending and road and bridge repair. But the private negotiations between major players in the Democrat-led Senate and Republican-controlled House didn’t kick off until just a week remained, and details on the bills they managed to strike deals on didn’t come out until hours before they passed Sunday.

The last-minute rush comes at a cost. An agreement on the size and scope of a public construction package didn’t come until just 30 minutes remained in session, and errors littered the ensuing bill — including one that would have limited the state to borrowing just $823,000, not the $1.2 billion lawmakers meant to approve. Projects meant to be included were left out.

That bill later failed, and is in the spotlight as Dayton weighs whether to call lawmakers back to St. Paul for a special session.

“I think we’re all frustrated. I don’t think any of us like the process that crams everything into the last few hours,” House Speaker Kurt Daudt said.

But how can that change when it comes down to a basic bargaining tactic. Hold out, hoping the person across the table folds under deadline pressure first?

After session concluded, House Minority Leader Paul Thissen renewed his call for some rule changes meant to avoid the deadline scramble. They include setting a 24-hour window for bills to be published before they can get a final vote and requiring legislative leaders to hash out major spending agreements two weeks before adjournment. This year, those deals weren’t finalized until Saturday night.

Former Sen. Roger Moe spent two decades as one of those top leaders. But the former Democratic Senate Majority Leader said he and his counterparts left most of the bargaining up to teams of negotiators who met in public conference committees. That’s rarer today, he said.

After one final, chaotic end to session, Sen. Bev Scalze will leave the Legislature early next year. She’s not optimistic her successor will find a different dynamic.

“It seems to work for a few certain people, so it’s not going to change,” the Little Canada Democrat said. “That’s unfortunate, because we’re all along for the ride.”