He allegedly kidnapped 2 children at gunpoint

A Rochester man claimed he was innocent Tuesday of charges he is facing in connection to an alleged home invasion in March in Albert Lea.

His first appearance in Freeborn County District Court was Tuesday.

In arguing for reduced bail, Crum claimed he was innocent and said if released, he would get a job and not flee the state. 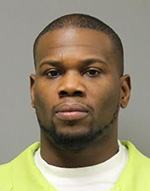 He requested a court-appointed lawyer.

Court documents state officers were dispatched March 31 to Ruble Avenue on the report that a person had kidnapped two children at gunpoint.

Crum allegedly held a gun to the alleged victim’s abdomen and threatened him during the incident.

Another person who was at the scene identified a man as having held a gun to the side of the victim while threatening him.

Crum was arrested April 2 in Olmsted County on warrants and on probable cause tied to the case. 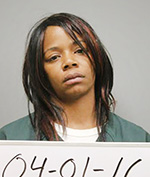 Court documents state he claimed in an interview with a detective that his sister, Belinda Crum, had asked him to come along with her to get her kids back. He claimed she went into the house and yelled for the children. He denied having a gun and pinning the alleged victim in the corner of the porch.

Officers determined the father of the two children may have picked up the children from school in Rochester and brought them to Albert Lea. The children were reportedly living with Crum’s mother in Rochester.

Court documents from April state Crum said she had spoken with Rochester police who told her she could take her children back.

The children were later found and taken into protective custody.

His next court appearance is June 2.

Benita Crum pleaded not guilty to one count of first-degree burglary and two counts of fifth-degree assault last month.