An Albert Lea man pleaded guilty Wednesday in Freeborn County District Court in connection with March’s theft of $1,400 in pull tab money from The Nasty Habit.

According to court documents, officers were dispatched to The Nasty Habit at about 10 p.m. March 27 on a theft report. 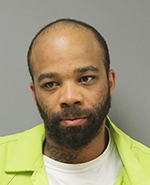 A police sergeant reviewed video surveillance that showed a suspect later identified as Mays walk behind the bar, take something behind the register and leave the bar.

The bank bags were reportedly never found, according to police.

Sentencing is scheduled for Aug.18.

Felony theft carries a maximum penalty of five years in prison and a $10,000 fine.