The Tribune has hired its new sports editor. 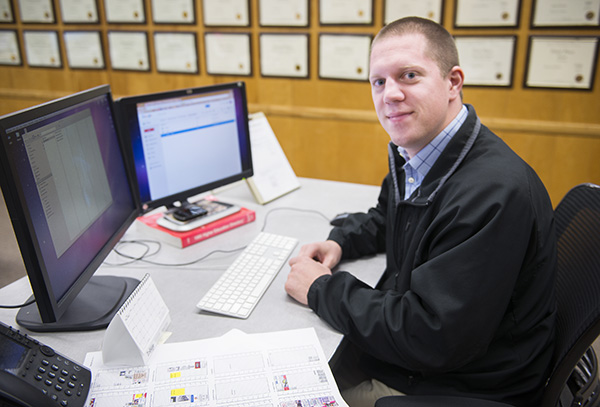 Peterson moved to Albert Lea from Plymouth, which is also where he grew up. He went to Wayzata High School, where he played football and basketball.

He attended Northern State University in South Dakota before transferring to University of Wisconsin-Superior, where he also played basketball. Peterson graduated from the university in December 2014 with a major in communications — with an emphasis in journalism — and a minor in coaching.

Peterson said he first became interested in sports reporting after starting his own blog while in college. He said it centered around his opinions and predictions, and grew from there. At the time he had been trying out different classes, and from then on decided to focus more on journalism.

Following graduation Peterson started at the Fairfield Ledger in Fairfield, Iowa, in January 2015. Since then he has also freelanced for the Elk River Star News in Elk River before working at the Herald Journal in Winsted.

While Peterson’s favorite sport to play is basketball, he said he enjoys covering just about any sport while on the job. He follows different sports in his off-time, and has lately been getting into the Stanley Cup playoffs and European soccer.

Peterson said he’s excited for the new opportunities his move to Albert Lea brings, and is looking forward to getting to know the athletes, coaches and the community in Albert Lea and its surrounding areas.

To send in submissions, story ideas or for any other inquiries, Peterson can be reached at jarrod.peterson@albertleatribune.com or by calling 507-379-3434.