Funeral Services for Roger E. Dahl, of Albert Lea will be at 11 a.m. Wednesday at Grace Lutheran Church in Albert Lea. The Rev.  Janet White will officiate. 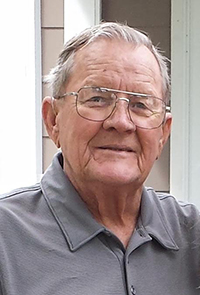 Interment will be in East Freeborn Lutheran Cemetery. Military honors will be accorded by Albert Lea veterans organizations.  Visitation will be from 5 to 7 p.m. Tuesday at Bonnerup Funeral Service and one hour before the service at the church.

Roger Ellsworth Dahl was born Oct. 11, 1929, in Freeborn County, the son of Alvin and Vivian(Overgaard) Dahl. He was a graduate of Albert Lea High School and served his country in the Korean War.

On March 9, 1949, he was united in marriage to Arladeen Iverson in Albert Lea.

Roger was a fireman with the Albert Lea Fire Department for more than 30 years before retiring.

Roger and Arla spent many years wintering in Mission, Texas, where they enjoyed the company of friends.

Roger’s passions were golfing and fishing, and he enjoyed working in the Malt and Footlong stand at the Freeborn County Fair. Roger was a member of Grace Lutheran Church.

He was preceded in death by his parents Alvin and Vivian Dahl; his wife, Arla; daughter, Paula; brothers Paul and Alton; sister, Gloria Seberson; and infant sister, Marjorie.

Roger loved spending time with his grandchildren and great-grandchildren. He will be greatly missed by his family, who loved him dearly.