Scott A. VerHey passed away unexpectedly at the age of 57. 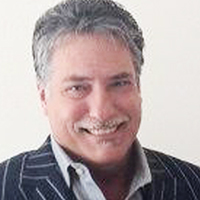 Scott was born on March 12, 1957. He was the only child born to Donald and Doris VerHey. Growing up in the Hollandale and Albert Lea areas, Scott loved water skiing and was one of the first members of the Albert Lea Water Ski Club. He was a talented athlete and earned a football scholarship from Iowa State. He continued his education, receiving a bachelor’s degree in political science at Pepperdine University in California and later earning his master’s degree in business at St. Thomas University. Scott put his education to good use. He worked in sales for many years and excelled in that area.

Scott married the love of his life, Connie, on June 21, 1986, and they were blessed with a beautiful daughter, Preslee. Scott was a loving father and husband. He especially liked taking his daughter snowmobiling and motorcycling. They also enjoyed watching movies together as a family. Scott passed on his love for vampires and classic horror films onto Preslee.

Scott will be deeply missed and forever loved by his wife, Connie, and daughter, Preslee. A private family remembrance will be held in Scott’s honor at a later date.