Some simple suggestions for a sick husband

Things I Tell My Husband, By Sera Knutson

“There’s no need to be nervous about this!” I excitedly assured my groggy husband. Both of us are still feeling pretty crummy, but he is far worse off than I am. After almost three weeks and multiple doctor’s visits later, I was finally diagnosed with a sinus infection Wednesday afternoon. Matt’s sore throat, headaches, fatigue, coughing and runny nose, however, still has no diagnosis. I offered to put Gracelyn to sleep, encouraged him to take Nyquil and go to bed early. It wasn’t until he was brushing his teeth did he come to the realization that he still hadn’t written anything for this column. I (perhaps too giddily) offered to write as a guest author and was met with suspicious eyes, but not more than two minutes later, the fatigue took over and he agreed. He reminded me not to write about anything too ridiculous, and he stumbled off to bed. 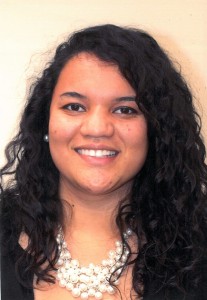 Hello, my name is Sera, and I am Matt’s wife! I am thrilled at the opportunity to finally write a guest post! I’ve casually offered to write one several times since the inception of this column, but Matt has always been hesitant to let me do so. Who knew it would take an illness to leave him without options? In any case, I’m glad to be able to help out.

When Matt and I got married, part of our vows included the saying “in sickness and in health.” I fully intended on staying by his side through sickness and health, and I still intend to do so, but one of the things I didn’t realize while standing there on that altar is how the sickness part would pan out for us.

We all know that one person, the one who is not good at being sick. It might be your mom or dad for you, but Matt is that person in my life. He rarely falls ill, but when he does, he is helpless. Matt and I started dating a little over five years ago and in those five years, I can count on two hands the number of times I recall him being sick. When I refer to my husband being sick, I don’t mean a cough-and-sniffles type of sick, I mean a most-people-would-probably-stay-home-from-work sick, but my husband insists and goes to work anyway. I told you he was not good at being sick. If I recall correctly, only four times has he either stayed home from work or had to come home from work because he was ill, but only because the sickness prevented him from forming coherent sentences. I on the other hand, keep health insurance companies in business.

So not only is Matt not good at being sick, he’s hard to take care of when he gets sick. Aside from making him chicken noodle soup (from scratch, of course) and getting medicine for him when he needs it, there’s not much else I can do. For someone who loves to take care of people, this is really difficult for me. I’ve noticed that in order to try and compensate, I become a very good suggester. I start by reminding him that I am a medical doctor’s daughter, which basically qualifies me to be a doctor, and that coupled with the countless times I have been sick, I know more than he does about illnesses, so he should follow my suggestions. I suggest he sleep with the fan off, I suggest he not eat chocolate and instead eat soup with ginger and garlic, I suggest he puts on a sweatshirt and cover up with a blanket, I suggest he go to the doctor, I suggest he go to sleep early and I write his column for him — the list can be endless depending on the illness. I’m fully aware that I’m just nagging him, but I’m thankful that even in his sickness, he sees my nagging as one of the ways I love him.

And as it should be in every marriage, my husband and I balance each other out. I have the immune system of an ant and am great at being sick! And when I’m sick, he is great at taking care of me. Because I’m great at being sick, very rarely does he need to suggest things for me.

With an infant who goes to a day care with other tiny humans who carry billions of germs, I am very certain that this is not the last sickness we will see in our lives. I’m also certain that each time Matt gets sick, I will remind him that I am the daughter of a medical doctor, and I will have lots of suggestions on how he can feel better.

Sera Knutson is the director of communications at Bethel Lutheran Church in Rochester, MN. A native of Madagascar, she currently resides in the medcity with her husband, Matt, and their daughter, Gracelyn.