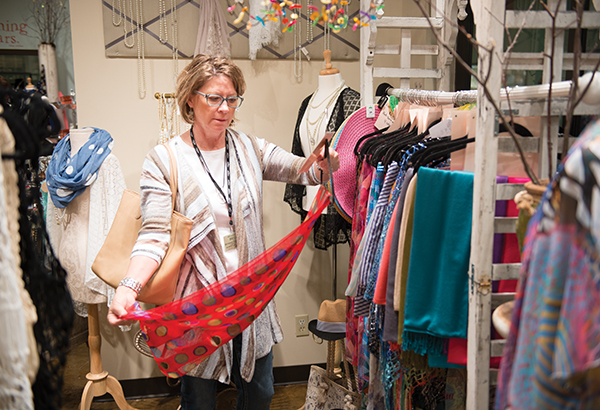 Between Friends Boutique Owner Becky Johnson looks at scarves as items for a possible order on a trip this spring to MinneapolisMART. Johnson attends markets multiple times a year to find merchandise for her store. – Colleen Harrison/Albert Lea Tribune

When Becky Johnson first opened Between Friends Boutique on North Broadway almost two years ago, she knew she wanted to have a business that had merchandise like no other store in town.

“I try to always keep in mind I’m not a women’s clothing store,” she said. “I’m a women’s boutique, and I want to find things that are unique.”

Whether it is clothing or accessories, Johnson said she attends markets out of town to find one-of-a kind, quality items.

She has gone to markets in Dallas and Las Vegas, but most regularly attends markets in Minneapolis and St. Paul. 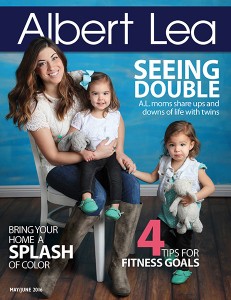 See this and other stories in the May/June issue of Albert Lea magazine available now.

Johnson said she often goes with one of her sales assistants, Mary Stapleton or Kathy Oothoudt. Sometimes she travels with her husband, Steve, as well.

“It’s nice to get his opinion, though sometimes I don’t always follow his advice,” she said with a smile.

At MinneapolisMART, Johnson said vendors have permanent showrooms, and she makes appointments with the vendors she is interested in.

“Most of them you sit down, and they show you the clothes,” Johnson said.

Vendors are organized a little differently at Northstar, which is at the St. Paul RiverCentre. At these shows, vendors are in booths.

She said she has found some vendors online, but she prefers to see the clothing and items firsthand that she will order for her boutique. She likes feeling the fabrics and seeing the colors in person.

Most of the vendors at both the Minneapolis and St. Paul shows are from the Midwest, though the show in St. Paul does have some others who travel from farther away.

After picking out everything she likes, Johnson then orders what she wants to sell in her store. The clothing and other items typically are shipped within a few weeks.

“This is like Christmas,” Johnson said, as she opened one of the orders in late March. “It’s always fun to see what comes in.”

After the clothes arrive at the boutique, they need to be steamed before they can be hung up on racks to sell.

Johnson said her store appeals to a wide variety of customers, as she has some who are teenagers, all the way up through women in their 80s.

Her best-selling items are probably fun tops or dresses.

In addition to clothes, Between Friends Boutique offers bags, scarves, jewelry, candles, lotions and many other accessories. The boutique is at 105 N. Broadway.

What are some trends this summer?

Johnson said she anticipates seeing a lot of bold prints and longer tops.

Leggings are still popular, as is the color aqua. 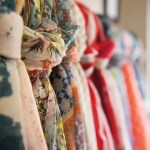 An assortment of scarves are for sale at Between Friends Boutique. – Colleen Harrison/Albert Lea Tribune 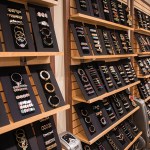 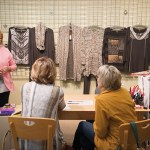 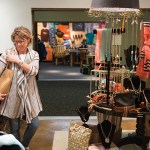 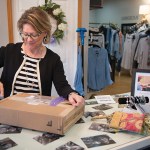 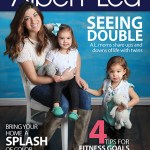 See this and other stories in the May/June issue of Albert Lea magazine available now. 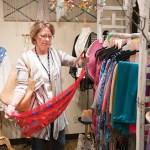 Between Friends Boutique Owner Becky Johnson looks at scarves as items for a possible order on a trip this spring to MinneapolisMART. Johnson attends markets multiple times a year to find merchandise for her store. – Colleen Harrison/Albert Lea Tribune