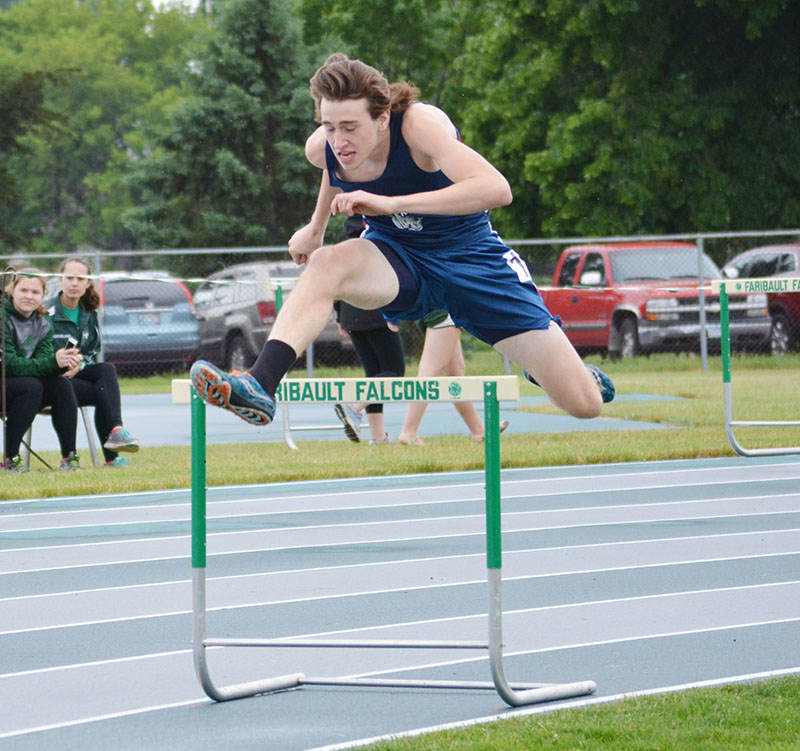 Albert Lea’s Abe Peterson clears a hurdle during the 300-meter hurdle race at the Big Nine Conference track and field championships at Ted Nelson Track in Faribault on Friday. Peterson finished took eighth in the event for the Tigers. Lon Nelson/ For the Albert Lea Tribune

he Albert Lea boys’ and girls’ track and field teams headed to the Big Nine Conference championships at Ted Nelson Track in Faribault on Friday.

The Tigers performed admirably, but came up short against the other teams in the conference.

While the Tigers didn’t have much team success, a number of their individual performers had good days.

In the pole vault, Htee Wah Shee took 11th with a jump of 10’10.” He missed scoring by two places and a total of six inches.

For the girls, Dora Ogunkanbi took eighth in the 100-meter dash with a time of 13.30 and earned two points for her team. 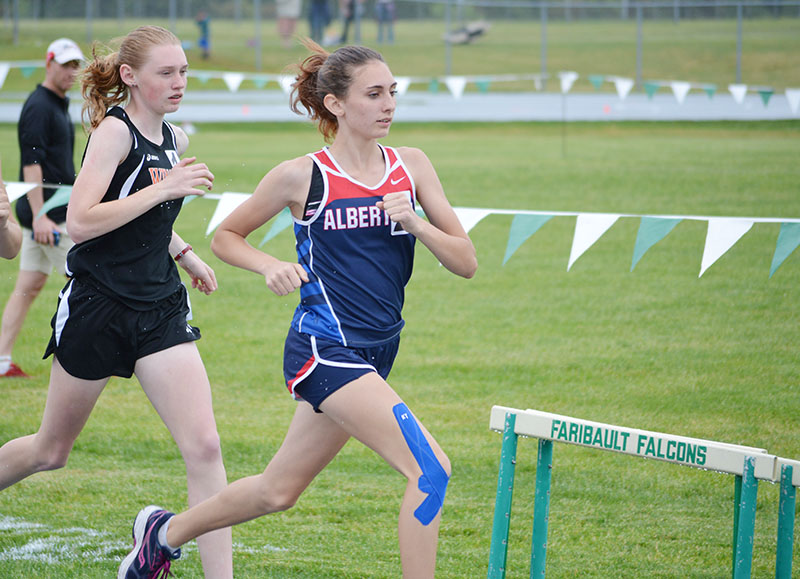 Albert Lea sophomore Autumn Mullenburg ran the 1,600-meter run for the Tigers at the Big Nine Conference track and field championships at Ted Nelson Track in Faribault Friday. Mullenburg finished in 12th place with a time of 5:45.39.

Sarah DeHaan earned five points in the high jump. She came in fifth place with a height of 5-0, five inches behind Mankato West’s Erica Benson for first place and two inches back from Mankato East’s Shayla Karge for fourth place.