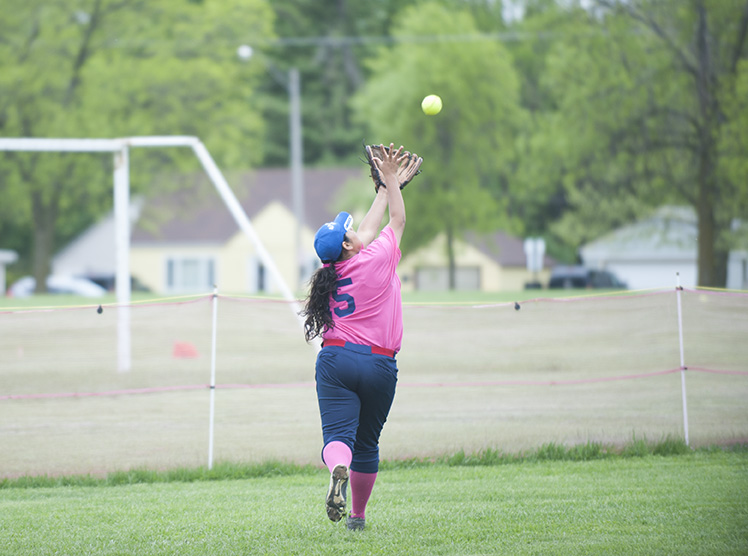 Albert Lea had a golden opportunity to break out of its offensive slump Thursday.

The Tigers hosted the Mankato East Cougars in a doubleheader, and the hosts were also looking to snap a six-game losing streak.

Unfortunately, the same tune continued for the Tigers as they were shutout for the second and third time in a row and the fifth time in seven games, losing to the Cougars 10-0 and 14-0.

“We had multiple errors in both games, and our offense has been unable to generate anything,” said Tigers coach Casey Elsen.

Schilling pitched an easy 1-2-3 inning in the first, but the Cougars struck for two runs in the second inning thanks to two walks and a two-run error.

In the third inning, the Cougars benefited off another two-run error by the Tigers’ defense. 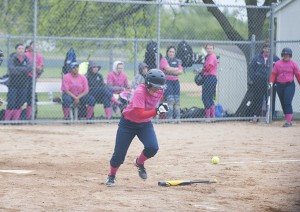 Tigers shortstop Dayna Edwards attempts to beat out a bunt attempt in the third inning Thursday.

The Cougars got their first earned run off Schilling in the fourth inning when Lily Andrego drove in a run with an RBI single.

That would be all that Cougars pitcher Morgan Keim-Wolfe would need against the Tigers’ bats.

“We just can’t seem to find our rhythm,” Elsen said. “We are running out of time to turn things around.”

The Tigers will head to Rochester to take on Century Monday.