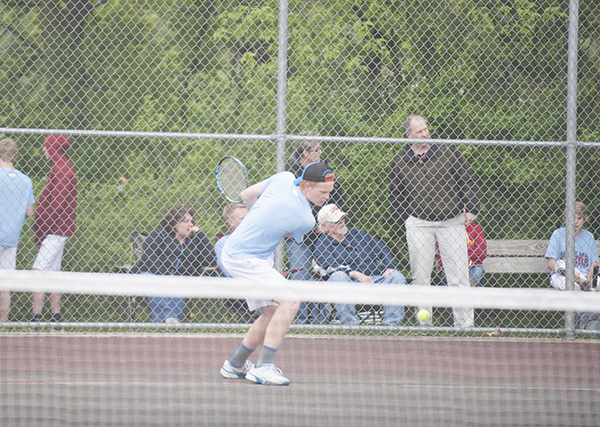 Albert Lea’s Taylor Herfindahl returns a serve made by his opponent during his singles match against Fairmont Tuesday evening. Jarrod Peterson/Albert Lea Tribune

It was senior night for five seniors on the Albert Lea boys’ tennis team Tuesday evening.

The Tigers hosted the Cardinals, and they were looking for their ninth victory of the season.

Thanks to strong performances from all, the Tigers had very little trouble with the Cardinals, winning 6-1.

“I was very happy for our seniors,” said Tigers coach Tom Dyrdal. “We have a great group of seniors, and all five of them finished their home careers by picking up a victory. Fairmont is a very strong team, but our boys played very well to pick up the win.”

Foster Otten kept the momentum going with a 7-5, 6-2 win in his match, and Schafer Overgaard had little trouble in his bout, winning 6-0, 6-1.

The Tigers won all their doubles matches, and Andrew Huerta-Ortiz and Keith Grzybowski compiled their seventh consecutive victory, 6-0, 6-1.

Austin Dulitz and Nikk Christianson won 6-1, 6-4, then Sam Ehrhardt and Callen Hoelscher settled in for a marathon doubles match that lasted over three hours. 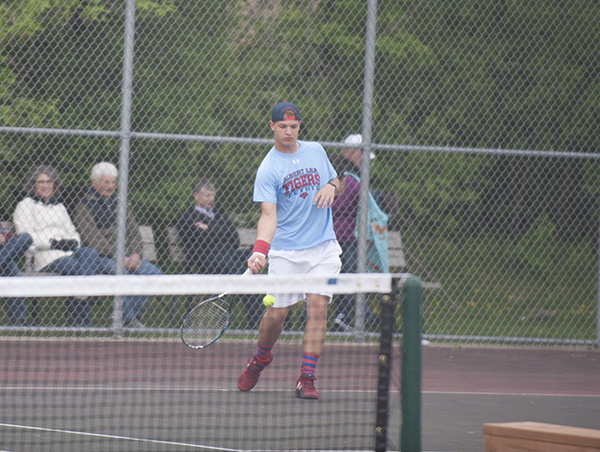 “We’ve really had a great season so far,” Dyrdal said. “Winning nine matches overall and six in the Big Nine Conference is a huge accomplishment for this group of guys. I’m very proud of the effort and attitude they’ve demonstrated this year.”