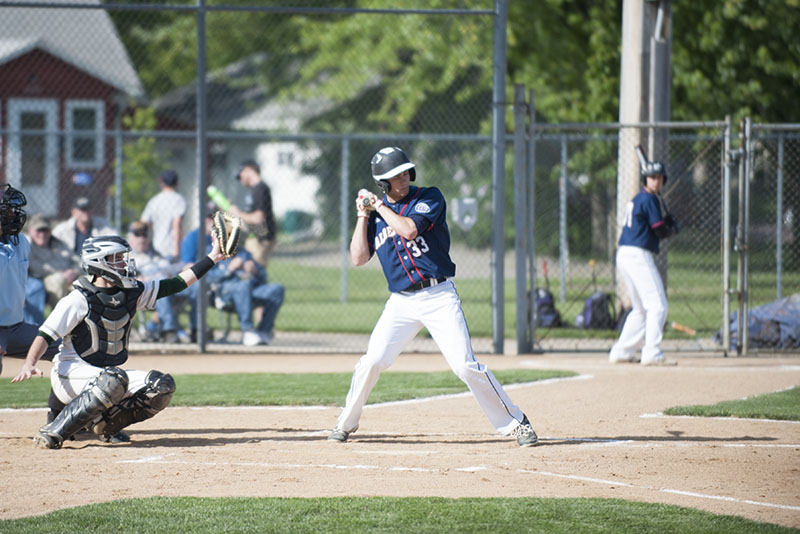 Albert Lea’s Mason Hammer leans away from a high, inside pitch in a recent game. Hammer went a combined 6-7 at the plate in Albert Lea’s two playoff games on Monday. Jarrod Peterson/Albert Lea Tribune

With the rain on Saturday washing out the Tigers’ chances of playing a regular playoff schedule, Albert Lea had to travel to Red Wing on Monday to play their originally scheduled game against Austin.

The two-day delay might have had some effect on the Tigers as their fielding was sluggish, and the Packers made sure to take advantage.

Austin scored two runs in each of the first two innings, and added two more in the seventh inning as the Tigers committed five errors in a 6-4 loss.

The Tigers pounded out 12 hits and managed to get a rally going in the seventh, in which they scored two runs, but it fell just short.

“(Jacob) gave us a chance to win the game,” Sczublewski said. “He came on and pitched extremely well.”

Mason Hammer led the Tigers’ offense by going 4-4 with three runs scored, and the middle of the Tigers’ order (Parker Mullenbach, Ben Witham and Alex Bledsoe) each added an RBI.

The loss to Austin meant Albert Lea would get no rest on a warm, sunny day as it was scheduled to play again immediately.

Albert Lea faced a familiar foe, Stewartville, which it had beaten just a week earlier. 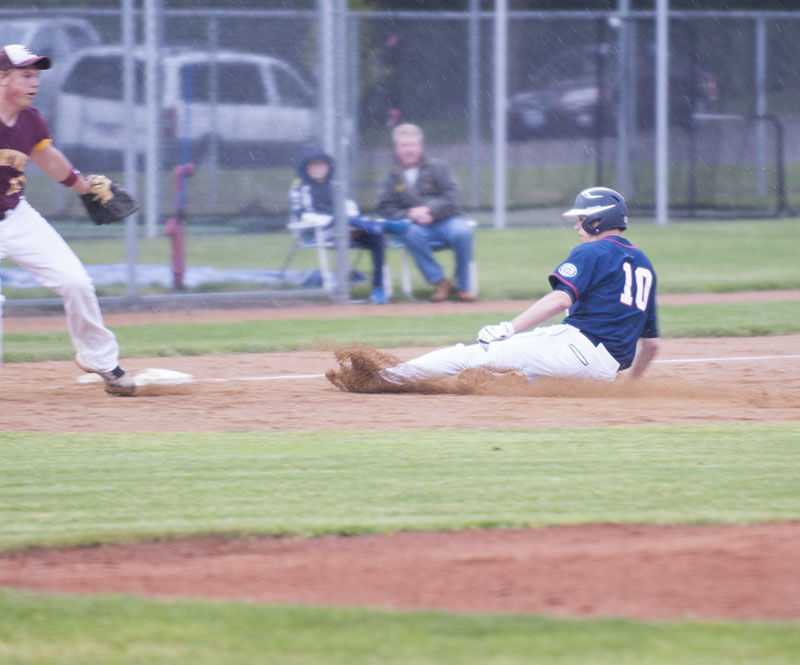 Albert Lea’s Jake Kilby slides into third base in a recent game against Stewartville. Kilby shutout earned the shutout against the Tigers on Monday, pitching a complete game and striking out seven batters.

The Tigers got a tremendous pitching performance from Jake Kilby as he went the distance and pitched a shutout. He allowed just five hits and didn’t walk anyone.

“We were able to score just enough runs to win the game,” Sczublewski said. “(Kilby) pitched extremely well. He kept the game moving and his fielders on their toes.”

The Tigers got lone RBIs from Hammer and Mullenbach. Hammer finished the day going a combined 6-7 with a double and a triple.

Uncharacteristically, Albert Lea committed two more errors against Stewartville, but neither error came back to haunt it.

If the weather can hold up, Albert Lea and Austin will play one another, again, today at 5 p.m. at Hayek Field.

If the weather continues to not cooperate, the two schools will play 5 p.m. Wednesday at Hayek Field.