Working together to celebrate 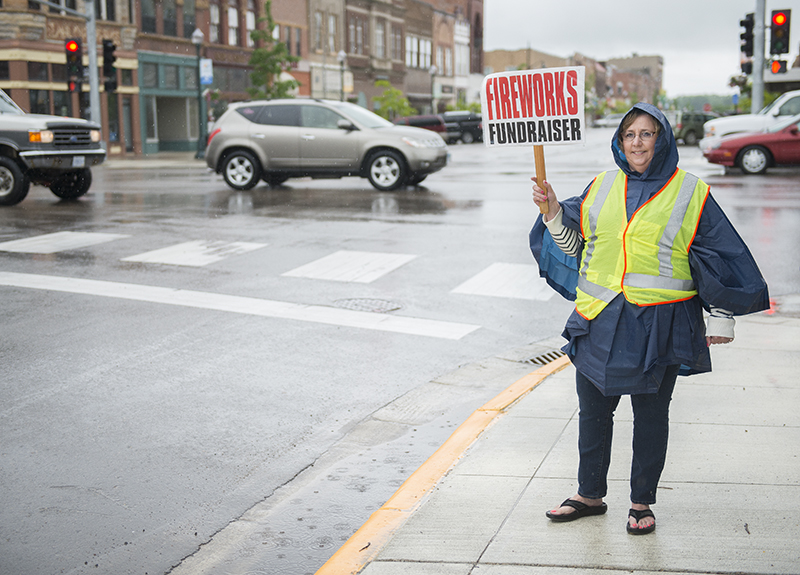 Brenda Reed stands out at the intersection of Main Street and Broadway Avenue on Friday to raise money for the Albert Lea Fourth of July fireworks. - Colleen Harrison/Albert Lea Tribune

Volunteers stand in the rain, collect fireworks donations for the 4th

Dressed in raincoats and clutching umbrellas, Albert Lea-Freeborn County Chamber of Commerce volunteers and KATE 1450 radio stood on the corners of Broadway Avenue and Main Street, eager to raise funds for the Albert Lea fireworks display — in spite of the dismal weather. 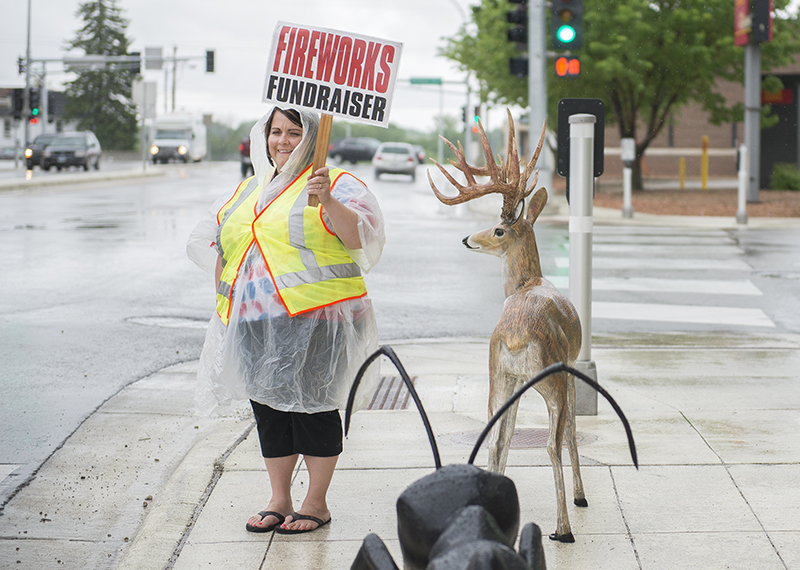 The Fourth of July fireworks display over Fountain Lake is completely funded by the community. Local businesses and community members have donated to make the fireworks show possible.

Chamber Ambassador Heather Lee has been collecting money for four years, but has never collected in rainy weather. Lee noted the flow of donations seemed slower than previous years with the rain, but was still steady.

The fundraiser lasted from 8 a.m. to 4 p.m on the streets and from 9 a.m. to 2 p.m at Wells Federal Bank, where volunteers along with The Breeze- KCPI 94.9 were there to accept donations.

Throughout the month of May, the Chamber office has also been accepting donations. In previous years around $16,000 has been raised in total; this year’s goal is to raise $17,000.