A helpful smile at the Albert Lea post office 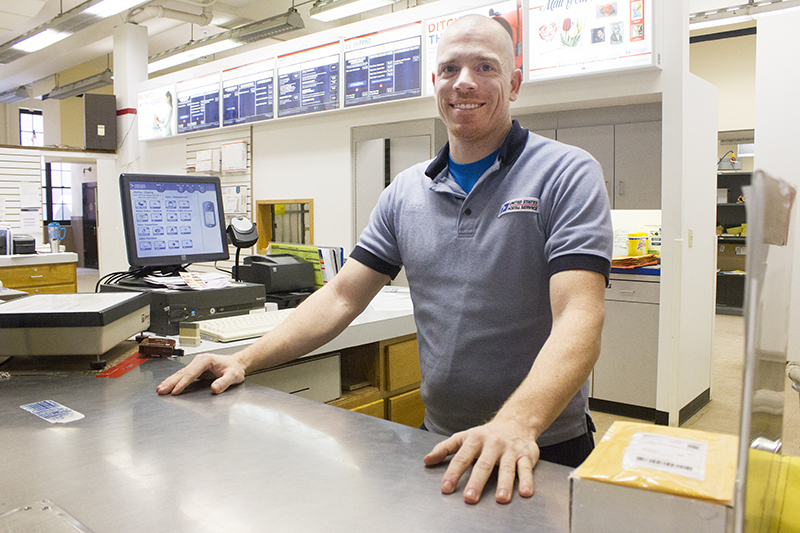 An Albert Lea postal clerk is serving the community and helping people smile — all because of a will to serve.

Tony Stangeland, 38, has worked at the U.S. Postal Service in Albert Lea for four years and has been a clerk for three.

He said he looks at his job on a deep level as it allows him to help the community, a place he considers close to his heart.

As a postal clerk, he dispatches mail to delivery trucks, assists customers at the front window and sorts and distributes mail to letter carriers.

Stangeland graduated from Glenville-Emmons High School in 1996, and soon after graduation he enlisted in the U.S. Army, where he was involved in administration, mainly stationed at Fort Lewis, Washington.

After completing his service with the Army in 2004, Stangeland was a blackjack dealer and casino host at Diamond Jo Casino from 2006 to 2012. 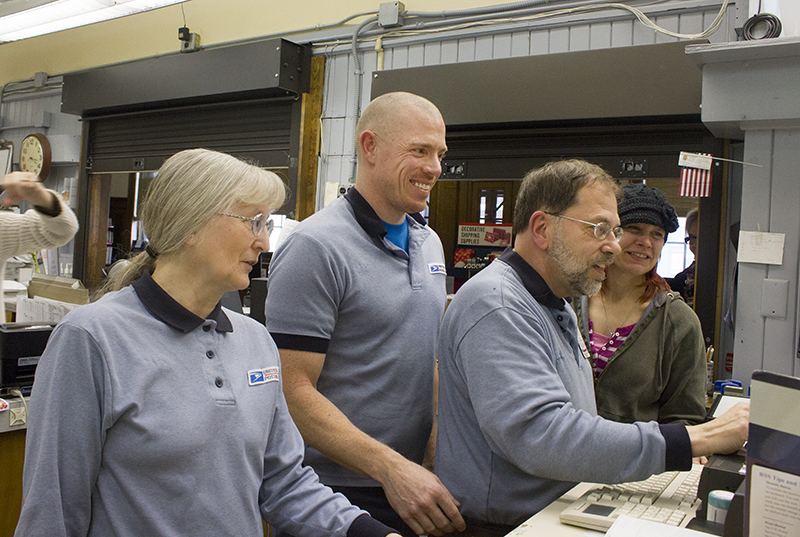 He said there were several reasons why he started working for the post office, including the pay and the job being more conducive for family life. As a blackjack dealer he worked nights, weekends and holidays.

Stangeland said he feels excited in his position because he is serving the community.

He said his goal is to make his customers’ lives more enjoyable, even if it is only for a little while. He emphasized that if he can get people to smile, especially on a bad day, he has done his work.

Stangeland and his wife, Michelle, have a daughter, Briannah, 6.

In his spare time, Stangeland enjoys relaxing, watching sports, following the news and spending time with his family.

He said he has been to the Middle East, Asia, Africa and Europe, yet Albert Lea is still special to him because of its people.

While he knows he is only one person, he still believes he can make a difference in people’s everyday lives.

“I’m only one person, but I enjoy that,” Stangeland said.

Why do you enjoy working with customers?