A recent survey found Albert Lea Area Schools to be in the top 100 cities for teachers to work across the country.

The survey, by college and careers website GoodCall, took several statistics into account while calculating which districts teachers would be happiest at.

Albert Lea placed 55 out of 913 cities in the survey. This ranking was relatively unknown to the school district until recently. 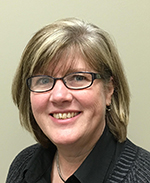 Kathy Niebuhr, director of secondary programs of District 241, said she and other school officials hadn’t heard the news until earlier this week.

While the ranking is good news, it wasn’t necessarily a surprise.

“The number 55 seems accurate for our district, but there’s always room for improvement,” Niebuhr said.

Growing up in St. Paul, Niebuhr thinks the close-knit community of Albert Lea is a nice change from the anonymity of a metro area.

“There are advantages and disadvantages to knowing everyone in a town,” she said. “For my husband and I, it has been a great place to raise our kids.”

One disadvantage of a small town, however, showed up in the survey. Albert Lea ranked 588th in the amenities section of the survey, far behind their overall rank. Niebuhr said she thinks this probably results from the fact that Albert Lea is a relatively small town. Though the city has some options in the arts scene, it simply can’t compete with bigger cities all across the nation.

The other statistics, however, painted Albert Lea as a more inviting school district to work in.

The statistics used in the survey were affordability, school ratings, job competition and amenities.

Each statistic was weighted differently in terms of importance. Affordability carried 35 percent of the ranking, school ratings 35 percent, job competition percent  and amenities at 10 percent.

Albert Lea did well in affordability, while larger cities are at a disadvantage.

The average cost of a house in Albert Lea is $92,100, 49 percent lower than the national average. Apartment rent and average mortgage payments are also drastically lower. Thanks to these numbers, Albert Lea did very well in the affordability category.

Albert Lea District 241 also did well in school ratings and job competition. GoodCall got its school ratings numbers from test scores on national tests. The only national test most Albert Lea students take is the ACT. Though the Albert Lea ACT average is slightly under the Minnesota average, the Minnesota average is a formidable number to compete with. Last year, Minnesota students averaged a composite score of 22.7 points, the best in the nation. So though Albert Lea scores were below that mark, with an average composite score of 21.7, the scores still stacked up nicely against the national average of 21.0.

The number Niebuhr said she didn’t like was job competition. To measure this statistic, GoodCall collected the number of job openings per 1,000 teachers. Albert Lea ended up with 4.41. The survey collected this data from the website Indeed; however, District 241 does not post openings on this site. For this reason, Niebuhr said she thinks the number may not be accurate.

The other statistic that impacted Albert Lea’s rank is average salary. Albert Lea teachers earn an average of about $55,000, which places Albert Lea fairly high on the list. Niebuhr said this number is accurate, pointing to the district’s starting salary as a reason for the number. “Our beginning salary is one of the highest in the Big 9,” she said. She also pointed out that the Big 9 is a competitive conference salary-wise.

The 55th ranking is an encouraging ranking to be at for a small town like Albert Lea, but District 241 and Niebuhr aren’t stopping there.

“Kids at the top need rigorous curriculum and exams, but eighth- and ninth-graders coming in are going to need smaller class sizes to succeed.”

Strategies like these are what Niebuhr said she thinks the district needs to push Albert Lea even higher on the chart than number 55.

“We are trying to help all our students,” she said.