One Albert Lea business owner is not originally from the area, but after 23 years and raising his children here, the small community has become his home.

As a way to give back, Curt Clarambeau, owner of Curt’s Pharmacy in MarketPlace Foods, has launched a campaign to encourage people to shop local.

Clarambeau came to Albert Lea from his home state of South Dakota for a job at Sterling Drug. 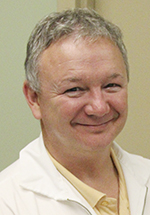 Eventually, Clarambeau started his own businesses in New Richland and Albert Lea, which has been in the community for around 13 years.

“Albert Lea has been good to me and I want to give back.” Clarambeau said.

He will be giving back in his own way at the Albert Lea Third of July Parade by handing out 400 coupons for $5 off any item at any locally-owned business. Clarambeau will then reimburse the businesses by giving them $5 for each coupon used at their local business.

With these coupons, Clarambeau hopes members of the community will start shopping local, which will then help the local economy.

Clarambeau’s idea for these coupons was sparked by the 3/50 Project, an effort to help small businesses across the nation. The idea behind the project is simple. Pick three independently-owned businesses in the community and spend $50 per month at those businesses.

According to the 3/50 Project, if half the working population spent $50 each month in locally owned independent businesses, more that $42.6 billion in revenue would be generated.

Shopping completely local may be difficult in a smaller community with limited options, but Clarambeau suggested using online or out-of-town retailers only when necessary. That way the local economy can grow.